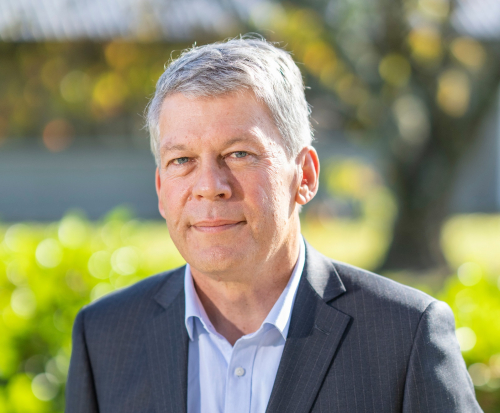 HBRIC, the independent investment vehicle of Hawke’s Bay Regional Council is pleased that Dan Druzianic has been invited to join the board of Napier Port, as a non-independent director.

Mr Druzianic, is the current chair of HBRIC,  joining the organisation in May 2017. His appointment as a Napier Port director follows the Port’s decision that Blair O’Keefe was an independent director.

HBRIC director, Neil Kirton says that Mr Druzianic has made an enormous contribution to Hawke’s Bay through his involvement with HBRIC, and that is set to continue with his appointment to the board of the port.

“Dan’s background includes significant experience in governance, mergers and acquisitions, capital raising, and strategic planning. He has been involved with HBRIC for more than five years, so has extensive knowledge of Napier Port both pre and post IPO. I am sure he will be a strong contributor to the Napier Port board,” says Mr Kirton.

“HBRIC is pleased to acknowledge Dan’s appointment to the board of Napier Port. He has extensive connections throughout Hawke’s Bay and is deeply connected to the region, with a sound understanding of the regional economy and the importance of our port to Hawke’s Bay’s regional prosperity,” says Mr Foss.

Commenting on his appointment, Mr Druzianic says he is looking forward to joining the board of Napier Port.

“The port is a regional asset that everyone in Hawke’s Bay can be very proud of. It plays a significant role in connecting our Hawke’s Bay producers to the rest of the world. It will be a privilege to serve the region as a director of Napier Port.”

The Hawke’s Bay Regional Investment Company Ltd (HBRIC Ltd) is a council controlled organisation set up to manage some of the Regional Council’s larger infrastructure investments around the region, including its majority (55%) shareholding in the publicly listed Napier Port Holdings Limited (Napier Port).