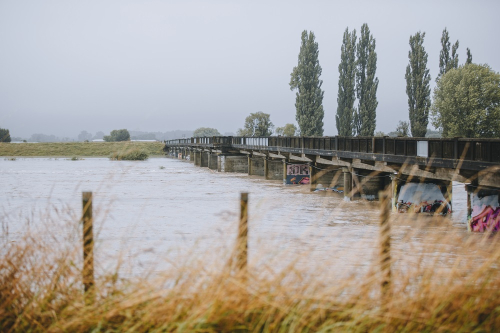 “The 2022 annual rainfall total hit a new record at 24 of 43 of our rainfall monitoring sites.  Since July 2022, rainfall accumulations are the highest on record for 35 of the 43 council’s monitoring sites,” says Dr Kozyniak.

The abnormal weather has disrupted agriculture in the region.

Jim Galloway, Hawke’s Bay Federated Farmers President, says it has been a long, hard spring for farmers across the region.  “All this rain has left very tight windows to get jobs done.  It has been very stressful”.

“Grass growth only really started from mid-November meaning lamb weights and milk yields are down.  And spare a thought for the poor silage guys.  The rain has also impacted cropping with slow growth or crops being drowned out altogether,” says Mr Galloway.

Farmers are also reporting above average levels of feed and full dams.  Soil moisture levels have been consistently higher than average for all of 2022, making a summer drought extremely unlikely.

You can check our rainfall stats here