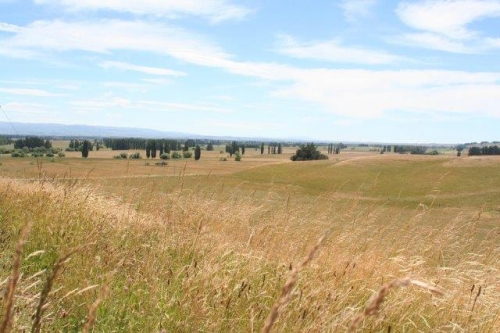 The golden summer hills of Hawke’s Bay are clear evidence that much of the region had half the normal rainfall in November and December.

Recent strong westerly winds in the last few weeks will have hastened the drying, resulting in the region wide fire ban.

“We’ve only had a wet day or two in December and early January which haven’t made any difference, and no significant rain is expected in the near future,” says HBRC climate scientist Kathleen Kozyniak.

Monitors around the region are showing mostly below average soil moisture.

The Heretaunga Plains had only a third of normal rain in December, and Ruataniwha only slightly more at 39%.  Southern Hawke’s Bay’s dry coastal strip has fared only slightly better, getting only 43% of their normal December rain.

While the Waikaremoana district was the dampest spot in the region, it still only had three quarters of normal December rainfall.  Similarly, the Kaweka and Ruahine ranges had more rain than the rest of the region, but still had only 62% and 53% of their normal monthly rainfall.

With less rain in the ranges, river flows in December were below normal, except for the Mohaka that had a higher than usual flow for the month.

Low flow bans for irrigation are now on higher take limits on most of the rivers, and consent holders will have been advised by HBRC when the low flow bans are enforced.  Low flow ban information can also be tracked online here.  Irrigators should recheck their consent conditions to be clear when they should be cutting back on irrigation.