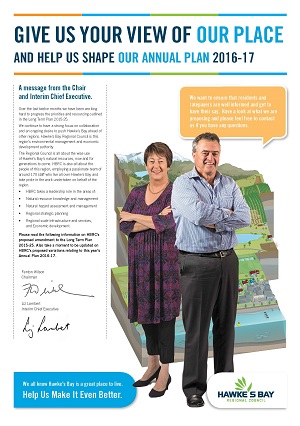 There were 193 submissions, along with the staff reports on submissions.  The majority of submissions are on the proposed amendment which relates to water from the Ruataniwha Scheme.

Council will hear all verbal submissions on 8 June.

Following this, on 9 June, Councillors will be considering all of the verbal and written submissions, plus the staff reports, and deciding whether or not to go ahead with the Amendment and Annual Plan proposals.