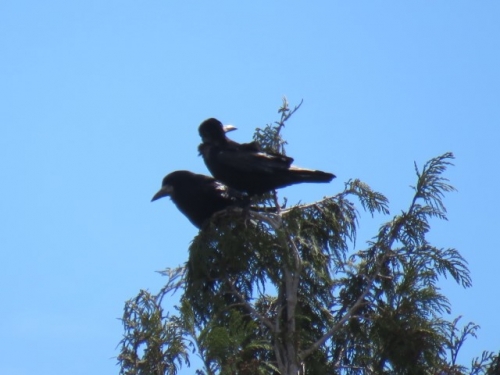 Many landowners will be seeing rooks building nests in trees on their properties, and be concerned about potential damage to pasture or crops.

Rooks are pairing off now as the breeding season runs from mid-August through to mid to late October.

Rooks in large numbers should be reported to Hawke’s Bay Regional Council’s Biosecurity team so they can be included in the annual helicopter aerial nest control programme starting at the end of September.

In enough numbers, rooks can wreck pasture or new crops, causing significant economic damage,  while rookeries located near homesteads can be noisy and annoying.

“Landowners are starting to get in touch with us so we can get our contractor onto these pests, and reduce the damage the birds will do to crops and pasture,” says Dean Roughton, HBRC animal pest advisor.

The council's Biosecurity team particularly want to hear from farmers who haven’t had rooks in their shelter belts or trees before, or for a long while, as new nests or rookeries need to be discouraged.

From late October onwards, farmers can still alert the regional council if they see large numbers of rooks feeding on paddocks or young planted crops. Although the helicopter work will have been completed, another type of control programme can be put into action.