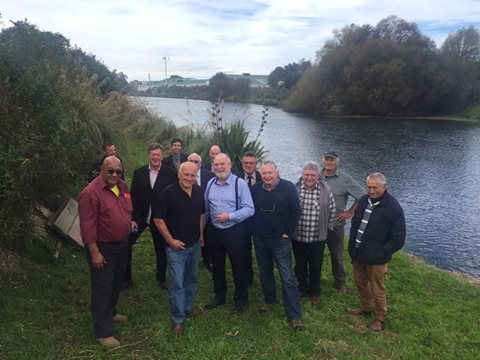 There was a presentation on the Marae’s Awa (river) Enhancement for the Matatini cultural festival, which is being held in Hawke’s Bay next year. The marae has worked with HBRC for the past seven years to plant the banks of the river adjacent to the marae.  Committee members visited the extensive area of planting during the meeting.  The Marae is seeking additional support from Council to ensure the awa is presented in a way they can be proud of as a host marae for many visitors that are expected for the Matatini festival in February 2017.  The committee is recommending Council work in partnership with the Marae to enhance the awa.

The Environment and Services Committee is recommending the Council provide up to half a million dollars for improvements at Te Mata Park. The improvements required have been compiled by the Te Mata Park Trust following extensive public consultation and the preparation of its 10 year Management Plan for the Park. The funds would come from the Council’s Community Facilities Fund. The committee is also recommending the Council works with the Te Mata Park trust to help develop a park asset management plan to inform the ongoing operational needs of the park. All the committee members agreed Te Mata Park is an asset enjoyed by the entire region.

The first is the Tangoio Soil Conservation Reserve Management Plan, which sets out the aims for the Reserve for the period up to 2021, along with management approach and programmes for achieving this. The plan has been developed in partnership with Maungaharuru-Tangitū Trust.

The other three plans the committee considered were the Animal Pest, Plant Pest and Phytosanitary Operational Plans for the coming year. The key work programmes included in the plans are the control of possums in urban areas, the implementation of stage two of the Cape to City wide scale predator control, which has already begun and the transition of around 50,000 hectares of TBFree New Zealand possum control vector management areas to ongoing maintenance under HBRC’s Possum Control Area programme.