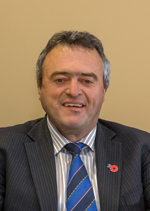 Hawke’s Bay Regional Council Chairman Fenton Wilson says the Council will be waiting until the Auditor-General makes a ruling on any potential conflict of interest for Councillor Debbie Hewitt before making any further public statements on this matter.

Mr Wilson says he understands there has been a lot of interest in the matter, which has seen Councillor Hewitt lodge a formal request with the Auditor-General for an exemption so she can continue to participate in Council decisions on the Ruataniwha Water Storage Scheme.

“The matter is with the proper authority and we need to await its finding,” says Mr Wilson.

He says there is no firm indication of when the Auditor-General will rule on the matter, though it is expected soon.

Mr Wilson says when the Council becomes aware of the decision it will assess any recommendations the Office of the Auditor-General may make and then decide on the appropriate course of action.