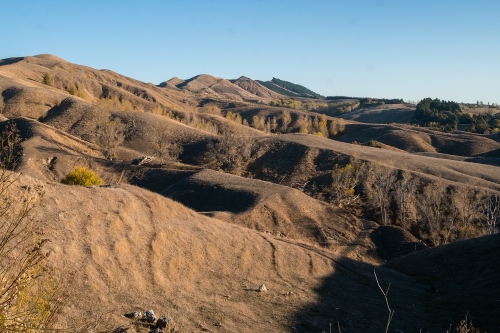 A drought relief fund is being set up by Hawke’s Bay’s four Mayors and Regional Council Chairman this week, with the cash to be used to help Hawke’s Bay farmers through the drought emergency.

The Councils are in the process of deciding how best to support the rural community and some will decide on funding contributions over the coming days.

The Civil Defence Rural Advisory Group, the lead agency for the drought response, will establish criteria and the process for distribution of the funding.

Rural Advisory Group chair Lochie MacGillivray says he is thrilled with the support from the councils and says the fund will go a long way in boosting morale in the rural community.

“The drought relief fund will go towards establishing a secure line of transport to get feed to farms where it is most needed, and alleviate the financial burden for many farming families.”

Hastings District Council Rural Community Board chair Nick Dawson said, “The drought in Hawkes Bay this year is unprecedented not only in its severity but also by the complications and isolation Covid-19 has created for its farmers. It has become an emergency event and our board is proud to be a major contributor to the drought relief fund.”

On behalf the RCB, Mr Dawson said he’d like to thank the hard work of the Rural Advisory Group and the volunteer-run Rural Support Trust, who work directly with farmers, providing specialist support around feed, finance, animal welfare, and mental wellbeing.

The Local Government leaders have sent a joint letter to the Minister for Agriculture Damien O’Connor requesting that the Government match the regional fundraising contribution to protect the productivity of a crucial part of the regional economy.

Farming, cropping and directly related production bring in $500 million to the regional economy; not including the positive flow-on effects to other industries including agricultural support services, transport, utilities and retail, according to Infometrics data.

The Regional Council’s monitoring systems show monthly rainfall well below normal in the Ruahine Ranges, Heretaunga and Ruataniwha Plains and southern Hawke’s Bay for seven consecutive months. Soil moisture is at its lowest recorded levels for this time of the year at Bridge Pa, Ongaonga and Crownthorpe.

The funds will be held in Trust by the Hawke’s Bay Disaster Relief Trust.