Eyes out for breeding manu 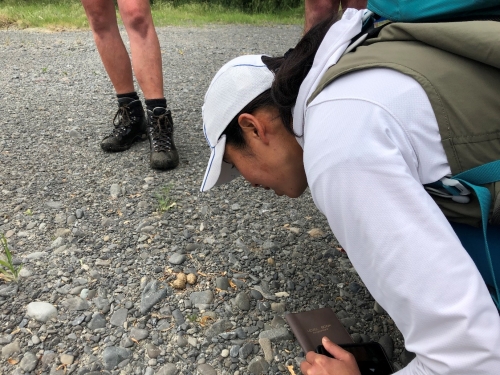 The breeding season for Hawke’s Bay’s endangered shorebirds has begun, with nests popping up along our rivers and beaches.

After a successful breeding season last year, Regional Council Terrestrial Ecologist Keiko Hashiba is excited to see what’s in store for this season and is encouraging people to look out for nests.

“Warm weather means native birds have started breeding on our rivers and coastal beaches, and we’re looking forward to seeing how they do this season,” says Ms Hashiba. “From as early as late August through to February, banded dotterel and other river birds breed on our braided rivers using clean, open, gravel beds to lay eggs and raise chicks.”

However, banded dotterels, black fronted dotterels and many other native river birds are threatened and declining alarmingly fast.

“They’re really vulnerable over the next few months while they’re breeding. Because these birds evolved to defend themselves against native predators, they’re great at camouflage - adults, nests, eggs and all - but pretty defenseless against introduced predators, like stoats and hedgehogs, and dogs and humans.”

"Despite this and a national trend in decline, we’re seeing great numbers along Hawke’s Bay’s braided rivers and beaches. The river bird survey in 2019 showed that the Tukituki and Ngaruroro rivers are the second and third highest populated rivers with banded dotterels. This may be partly due to the Regional Council’s strict river ecological management regime. We work really hard to remove or minimise the impact to shorebirds of our flood control activities such as beach raking, which keeps weeds down on riverbeds and supports flood control.”

“While you might see a lot of these birds like our Banded dotterels, numbers are declining and they need our help. You can help them by leaving your car away from river beds so you don’t crush nests, following other car tracks if you do need to drive, keep your dogs on lead, and leaving the birds alone.”

“We’ve helped set up two new community predator control projects along the Tukituki and Tūtaekurī rivers to protect native birds as they nest along the rivers,” says Mr Fahnle.

“We’re partnering with the community to protect birds like banded dotterals from predators like hedgehogs, rats, feral cats, and stoats.”

Hawke’s Bay Regional Council has Ecological Management and Enhancement Plans to look after the biodiversity in rivers while making sure that flood protection is up to scratch.