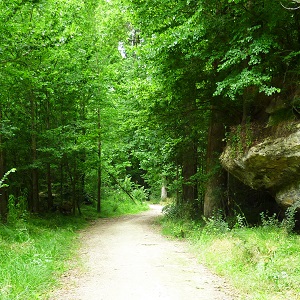 Dirt bike riders who are illegally riding on sections of the Hawke’s Bay Trails have become a hazard to walkers and cyclists and are damaging the pathways.  Hawke’s Bay Regional Council and NZ Police are working together to stop the offenders.

Dirt bikes and other motorbikes are not permitted on the Hawke’s Bay Trails.  The cycle ways or pathways are designed for walking and cycling, and a collision with a fast moving dirt bike could cause serious injury or death.

While there has always been an occasional motorcyclist straying onto the pathway, Hawke’s Bay Regional Council’s Rivers Manager Vince Byrne says the problem has grown recently.  A change in the gate system to make it easier for cyclists to get through has also made it easy for dirt bikers as well. The problem has reached such an extent that the previous ‘kissing gate’ system is being reinstated in the worst areas.

“We’ve had a lot of complaints from people who have felt at risk when a dirt bike rider has been on the pathway or in a Regional Park where they are not allowed,” says Mr Byrne.  He says the noise and the damage these bikes cause also anger people who value the peaceful recreational aspects of the trails.

Mr Byrne says there is no excuse for trespassing onto the trails or parks, “especially as HBRC has set aside designated areas of the riverbank for off-road vehicles to have fun where they will not be a danger to walkers or cyclists.”

The problem is not confined to the Heretaunga Plains trails; the problem has been experienced on the new Central Hawke’s Bay trail as well.

Because the Hawke’s Bay Trails are technically roads, Police have advised that enforcement action may also include issues around the manner of riding, registration, warrant of fitness and rider licencing as well as illegal use of the trails and damage.

“These pathways are a valuable community resource utilised by many locals and visitors alike and, as such, need to be looked after,” says NZ Police’s Senior Constable John Gillon.

Senior Constable Gillon has written to residents near pathways to alert them to seriousness of the issue and ask them to inform him or the HBRC Rivers Manager if any dirt bikers are seen illegally using the pathway.

Hawke’s Bay Regional Council will soon be appointing a new role of Cycle Network Coordinator who will also look at ways of ensuring the pathways can be enjoyed safely by legitimate users.