Waitangi Regional Park extends around 5 kilometres along the coast between Awatoto and Haumoana, and is haven for wildlife and sportspeople alike, and is the location for the Atea a Rangi star compass.

Come alive on the coast

On the coast between Awatoto and Haumoana, Waitangi Regional Park links the Tukituki, Ngaruroro and Tūtaekurī Rivers, the Karamū Stream-Clive rivers and coastal reserves. The park covers an area of 300 ha along around 5km of a narrow strip of coastline.

This part of the coast is an important ecosystem. The birds you might spot include white heron, royal spoonbill, godwits, and gannets. You might also smell or spot a seal or two, when they come inshore.

The Waitangi Estuary area was an early arrival site for both Māori and pākehā. The Star Compass, Ātea a Rangi, symbolises the navigational skills of early settlers. On Waitangi Day, 6 February, a popular festival on the Clive River features a re-enactment of the arrival of the first European settlers.

Download this great guide about all of our parks including Waitangi, with directions on how to get to them and lots handy information.

The story of the park

The area around Waitangi Regional Park is rich in culture, history and nature.

Fittingly, the northern end has been transformed into a gateway icon for Napier and Hastings communities and you can view this video to see what has been done in this scenic space.

Waitangi ranks within the top 10 wetlands in the region that require protection and enhancement as determined by Hawke’s Bay Regional Council. This area provides a variety of wetland and coastal habitats that support a significant population of bird species. It connects with the nearby Tukituki Estuary. The restoration of some of the wetland areas now is helping to provide habitats for seabirds, water fowl, fish, insects and plants along this coastline.

The estuary initially linked the Ngaruroro and Tukituki river mouths and in the late 1800’s a small ferry boat transported people and goods across the rivers. Significant changes have occurred since then as a result of storms and coastal erosion.   The construction of the Heretaunga Plains Flood Control Scheme in the 1960 and 70s further altered the wetlands. Numerous stopbanks and pump stations were constructed along these rivers and Muddy Creek south to the Tukituki River to provide flood protection and drainage to extensive areas of land between Napier and Hastings. While this was important for the economic development of Hawke’s Bay, it did help to destroy an extensive wetland system over this area which is now being restored.

The Ātea a Rangi Star Compass stands right on the edge of the coast.

This dramatic circle of pou (posts), stones and a whaharoa (gateway) has been developed by the Ātea a Rangi Educational Trust and installed through 2017.

Local carvers have created the pou, representing the points of the compass. They worked with the Regional Council's open spaces team to enhance this important historical part of the coast.

Information signs at the star compass display information on:

See more about the enhancement project here and in our video below. 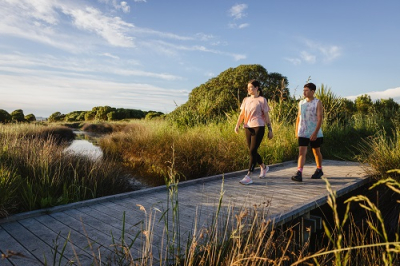 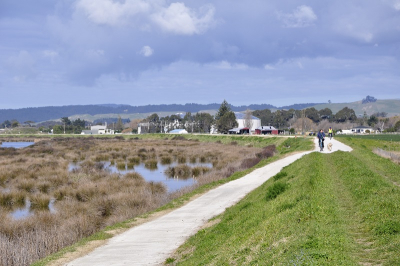 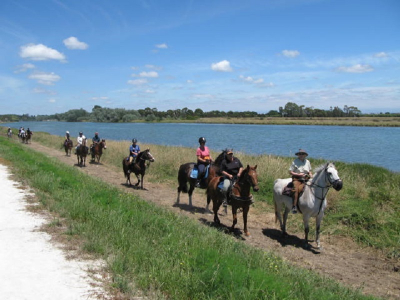 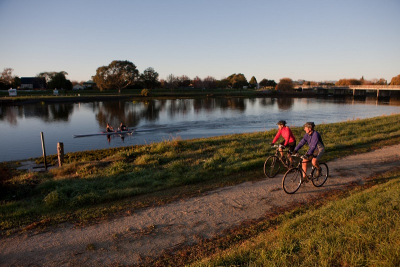 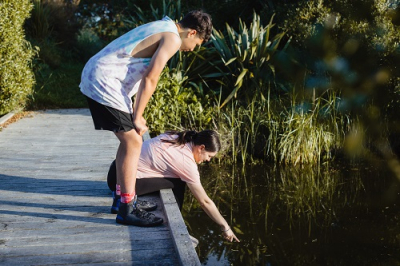 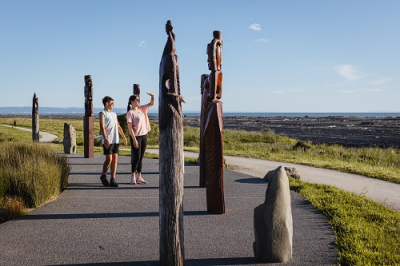 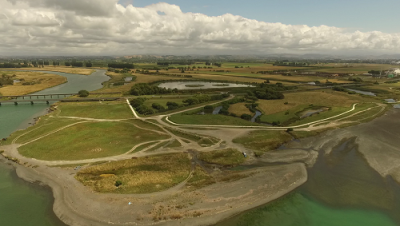 Across the road from the star compass entry is the Horseshoe Wetland which is home to many wading birds.  Access is from the carpark, under the bridges and along the stopbank.

A new wetland has been constructed which was finished in 2019. A partnership approach is funding the construction - project partners are Te Wai Mauri Trust (which has obtained Te Wai Māori funding), Ngāti Kahungunu Iwi Inc, Napier Port and Hawke’s Bay Regional Council which is managing the project. The new 15 hectare wetland (currently un-named) will provide even more habitat for fish, birds and whitebait spawning in this highly valuable biodiversity 'hot spot' area.

Where is Waitangi Regional Park?

Because the park stretches along the coast, there are a number of access points and parking areas for vehicles:

Cycle/walk - The Hawke's Bay Trails run through the park to Clifton, and connects with Hastings, Napier and Pākōwhai Park.  See Google map below.

Parts of this site are waahi tapu or sacred and of cultural significance to tangata whenua and paakeha.  Please contact the Regional Council for approval to use this site: 06 835 9200 or 0800 108 838.

For more information on the Ātea a Rangi Star Compass and Ātea a Rangi Educational Trust, visit: Facebook: atea a rangi    Website: www.atea.nz