The Marine Environment was one of the six environmental hot spots identified by the Council in its annual plan 2017-18 and allocated $1 million towards undertaking freshwater improvement work in each of these areas. 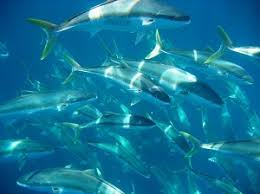 Our Marine Environment - What do we want to do?

Goals to reduce the amount of sediment and contaminants in our estuaries and low land streams will also help improve breeding habitats and the Regional Council has developed fish passage ramps so ocean-going fish and eels can migrate naturally in and out of streams and wetlands.in the bay.

Our work so far

For more information on any of these programmes see below.

You can contact us for further information here coastal@hbrc.govt.nz. 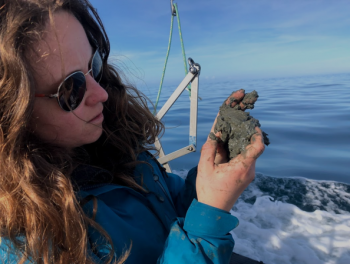 HBRC is currently supporting a PhD student at the University of Waikato to create a hydrodynamic model of Hawke’s Bay.  This model will provide insight into the types, transport, and fate of sediment into the coastal environment.  This model will incorporate data from several different programmes within HBRC including (but not limited to): SedNetNZ, ISCO samplers, coastal water quality, freshwater water quality, and nearshore sediment sampling (see photo). 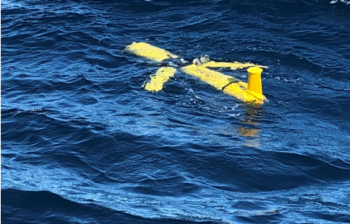 NIWA’s glider ‘Betty’ (see photo) operated in Hawke’s Bay for 4 weeks in Autumn 2019 collecting data on water temperature, salinity, and dissolved oxygen levels in the Bay.  It recorded above average sea surface temperatures as well as low dissolved oxygen at the surface off the Mohaka River and adjacent to Cape Kidnappers headland.  Depleted oxygen can be explained by both land and ocean processes.  See report for more information.

This animation is a model of the dispersal and transport of freshwater from ten rivers and two wastewater outfalls into Hawke Bay from January -December 2017.  It shows that the freshwater is transported north and south along the coast by alongshore currents.

Both the Wairoa Hard and Clive Hard have been mapped through a joint project with HBRC and NIWA.  This mapping helps identify important areas for biodiversity habitat.  The bathymetric maps from this project provide detailed information on the structure, depth and composition of the seafloor (e.g., physical habitats).  The backscatter information identifies structures in the water column (e.g., kelp beds).  Analysis of the spatial extent of different habitat types will provide insight into whether or not this area has been affected by stressors like sedimentation.

Currently, a research and investigations programme from HBRC is underway to look at subtidal habitats in the CMA. We used a Remotely Operated Vehicle (ROV) to capture the video below. It was taken in March 2020 at 25 m of the Wairoa Hard, off the coast of Hawke’s Bay between the Waikare river mouth and Waihua. This area is unique in that it is hard bottomed (cobbles, gravels, boulders) compared to the majority of the soft sediment (mud, muddy sand, sandy mud) seafloor in Hawke’s Bay. This difference in habitat structure influences species abundance and diversity, the more complex the habitat (e.g. cobbles, boulders, algae, sponges, gravel, sand, shellhash) the more niches there are for different species to occupy.

This survey provides an up-to-date picture of indigenous bird diversity, abundance and distributions along Hawke’s Bay coast and will help inform coastal management decisions in the future.  See report for more information -  A baseline survey of the indigenous bird valuesof the Hawke's Bay coastline.