About the TANK Plan Change

The Proposed TANK Plan change introduces new ways to manage the land and waterways of the Tūtaekurī, Ahuriri, Ngaruroro and Karamū catchments.

About the Proposed TANK Plan Change

This Plan includes rules that affect how land will be used and will establish limits for the taking (abstraction) of water. The accompanying Implementation Plan for the Proposed TANK Plan Change lists the other methods to be used.

Hearings for the TANK Plan Change will be held from late May to September.  Find more information on the hearings here.

What does the plan change mean?

The TANK Plan proposes a package of objectives, policies and rules to apply to the use of land and water in the TANK catchments.

When in place, the TANK Plan will give clear direction to consent holders and other water users regarding the freshwater resource on the greater Heretaunga Plains. It's a challenging balancing act between water use and protection. The rivers and waterways have to come first, but water users should also be able to rely on safe, secure water when they need it.  Water is valued by everyone within the community, and wide community and input has been sought in developing the draft, which will be open to consultation.

The Plan Change seeks to deliver sustainable outcomes through a management framework that contributes to the region's economic growth and environmental integrity, while providing for the values identified by the community.

New objectives for water quality will impact the approaches used to manage diffuse and direct discharges of contamination. There are priority catchments and key mitigation activities aimed at improving water quality in places where it doesn’t meet the specified state.

The new provisions:
• Protect the quality of source water for community supply
• Target erosion control to reduce adverse effects of sediment on aquatic ecosystems
• Improve management stormwater to reduce adverse effects of urban run-off in to rivers, and the Ahuriri and Waitangi estuaries
• Target nutrient and other contaminant losses from land through Farm Environment Plans - where water quality doesn't meet objectives
• Improve and protect riparian land management and wetlands with specific milestones for the activities
• Improve water quality in the Karamū catchment by increasing shade for water bodies using riparian planting
• Manage risk activities, such as stock access to water and cultivation near waterways through new rules
• Manage land use change so that water quality is not further degraded.

The Plan encourages collective action at a catchment level to resolve local water quality issues. The worse the water quality the higher the priority for action - priority catchments are shown on these maps. The preparation of Farm Environment Plans is on a priority basis according to existing water quality. Priority areas are based on current water quality state compared to the desired water quality for nitrogen concentrations and yields, sediment loss and dissolved oxygen.

New objectives for water quantity are included, with new and amended allocation limits and minimum flow regimes for the surface and groundwater in the TANK catchments (detailed in Schedule 31 of the Plan).

These new limits mean no further water can be allocated from most of the water bodies in these catchments. In some catchments - including the Heretaunga Plains groundwater and surface takes from the Ngaruroro River - water allocation is to be reduced. New applications for water in many areas will be prohibited, and existing water permits can only be re-applied for actual and reasonable water use. New provisions aim to ensure efficient use of allocated water and a 95% reliability standard applied to irrigation takes.

New requirements for water users have been introduced, including:
• Water use efficiency standards
• Water reliability
• Consistent water demand modelling for irrigation (based on the Irricalc water demand model - work is currently under way to upgrade the model to reflect Hawke's Bay climate, soils and growing systems - more information about this is under development)
• A priority order for water takes during droughts
• Improved information and management of urban water supplies.

There are new provisions to manage damming, water take and storage during high flows. These include new allocation limits and rules to prevent dams on some water bodies. An allocation of high-flow water to improve Māori well-being has also been included.

How did we get to this stage?

The TANK project began in 2012. The Regional Council formed a stakeholder group to represent the wider community and to look into the best way to manage the waterways of the Tūtaekurī, Ahuriri, Ngaruroro and Karamū catchments. The project quickly became known as TANK.

In 2017, new groundwater science from the Regional Council was presented to the TANK Group, indicating that the waterways and aquifer under the Heretaunga Plains are highly inter-connected. There had been a misconception that the groundwater was a bottomless water resource, so this was a significant consideration for the Group.

The collaborative TANK Group - tasked with helping to develop objectives, policies and rules for the Plan Change - held its last meeting on 26 July 2018.

A draft TANK plan change was then presented to the Regional Planning Committee (RPC) for the first time on 14 August 2018.  The details of the draft Plan - ‘workshopped’ by RPC members over subsequent months   led to a Proposed Plan Change being agreed for public consultation and formal submission.

The Regional Council notified the TANK plan Change for submissions on 2 May 2020 and by the close of the submission period we had received a total of 240 submissions.

The Hearing Report (also known as the Section 42A Report) was made available on 15 April 2021.

Hearings for the TANK Plan Change are scheduled for late May, June and September.

The Regional Council notified (in September 2019) a Proposed Plan Change to identify and introduce management provisions for Outstanding Water Bodies.

This Plan Change references a number of water bodies in the TANK catchments including:

An assessment of the TANK Plan Change relative to the outstanding values of these water bodies has been carried out.

The Ngaruroro and Clive Rivers are being considered for protection under a Water Conservation Order. This is a separate process being managed by the Environmental Protection Agency (EPA). A draft report and draft Conservation Order have been prepared by a Special Tribunal and a Conservation Order is proposed for the Upper Ngaruroro. The process is still under way and is subject to appeals and further Hearings.

The following section provides an overview of the Plan development.

The TANK Group first met as a group in 2012 and since then met as a group over 40 times to consider the information, science and options for managing the freshwaters of the TANK catchments.  The meetings agendas, notes and presentations are provided on this page.

The meetings were also summarised and reported on through the Think TANK which is available on this page.

The Regional Planning Committee subsequently considered the draft TANK Plan Change. They received a number of reports and deliberated over the TANK Plan content during meetings held over the following 18 months.  The RPC and Council meeting reports and minutes are all available online here.  The following is a summary of their meetings: 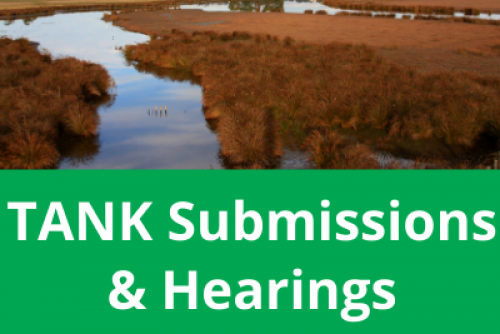 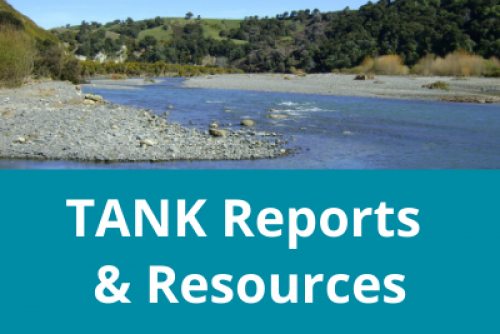 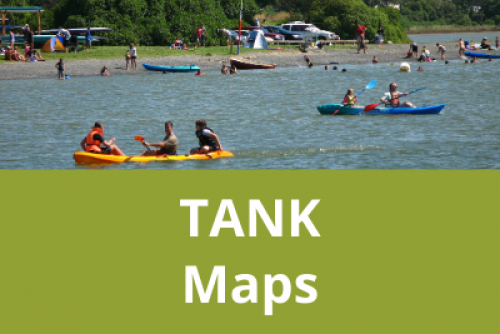 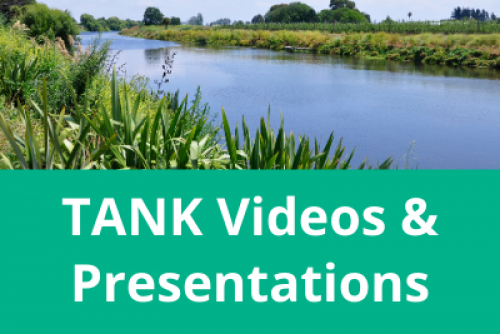 Where we are in the process. 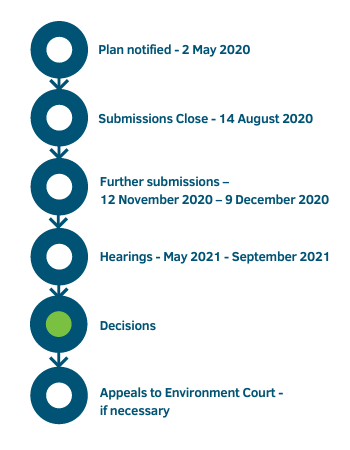 If you have any comments, questions or suggestions, please email eTANK@hbrc.govt.nz

Ask a question about the TANK Plan