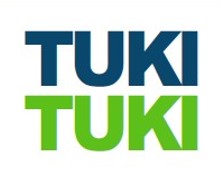 After ten months of the Tukituki Plan being active, a cross-sectional group of Hawke’s Bay Regional Council staff reported back to the Regional Planning Committee on progress made so far.

For the short to medium term, the focus has been on building understanding, awareness and capacity for those involved. Rules to support the Plan and the means to enforce them will take some time to refine.

A number of policy details in the Tukituki Plan are linked to target dates, such as the need for Farm Environment Management Plans by June 2018 and Stock Exclusion rules by May 2020.

Acting Land Management Manager Nathan Heath says, “We have a clear picture of the dates and limits around water quantity changes that apply to surface and ground water in the Tukituki catchment. But other areas of the Plan are less clear in terms of how they will be put into practice. This is what we’re working on now.”

“We’re working hard with the Primary Sector and land owners to make sure that the right support and the right accreditation processes are in place,” says Mr Heath

HBRC staff have been regularly out of the office, talking directly to land owners, businesses, Primary Sector groups, agencies and tāngata whenua while developing a community-focused implementation approach. So far, the actions have been more about establishing a ‘direction of travel’, building capability and capacity.

Having set new rules for water quality and quantity limits across the catchment has also required new monitoring programmes, which is where HBRC’s Environmental Science team comes into the picture. A stepped-up programme of monitoring sites, and the resulting reports generated by HBRC scientists, will show to what degree HBRC’s staged programme of work with landowners in the Tukituki catchment is being effective.