Management of feedlots must continue to improve 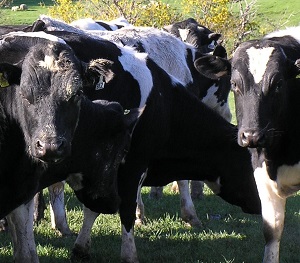 Hawke’s Bay Regional Council says it acknowledges the management of feedlots by farmers in the region is not acceptable and must continue to improve.

The comments come after concerns have been raised in the community around feedlots and water quality in the Tukituki Catchment.

As part of the implementation of the Tukituki Plan, the Council has been working with farmers for the last couple of years to improve the use of feedlots and to ensure they comply with the Regional Resource Management Plan. Operating a feedlot in Hawke’s Bay is only allowed under a detailed set of rules.

HBRC Group Manager Resource Management Iain Maxwell says the Council has taken a three stage approach. Firstly ensuring farmers are aware of the rules around operating feedlots, then giving them time to remedy any issues with their feedlots and the final step is taking regulatory action against those continuing to breach the rules.

He says the Council is now at the point where it will be informing farmers using feedlots that there will be zero tolerance to breaches of the rules in the future.

“Some farmers using feedlots have made positive changes, and others are working towards that, but we are now taking a zero tolerance to any ongoing non-compliance,” says Mr Maxwell.

He says the Council’s work to improve the management of feedlots in the region forms part of a wider effort to implement new policies and rules for the Tukituki Catchment, with the aim of improving the water quality and quantity in the Tukituki River.

Mr Maxwell says while there are unsatisfactory farming practices being undertaken in the Tukituki Catchment, these are being addressed and are not related to the contamination of the Havelock North water supply bores.  However, he says the gastro outbreak has definitely focussed the community conversation on freshwater management.

“The gastro outbreak has certainly created a renewed focus on freshwater, which will be extremely helpful in driving change. Most farmers are very keen to do the right thing and ensure their farming practices are protecting our waterways.”