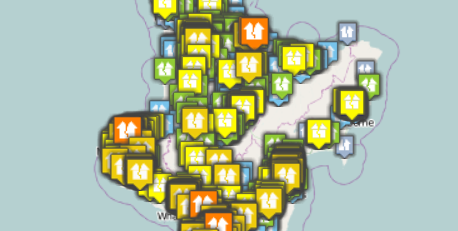 Hawke's Bay has come through the large earthquake overnight undamaged.

The 7.5 magnitude earthquake centred about half way between Kaikoura and Christchurch has caused widespread damage across the South Island and in Wellington.

The earthquake triggered a tsunami alert for the east coast of both islands.

In Hawke's Bay that lead to evacuations in small pockets of some of the coastal areas, including Waimarama, Ocean Beach, Te Awanga and Westshore.

The modelling showed that the wave would not be large and so a wider evacuation was not required.

"That means we made a conscious decision not use the sirens. To do so could have panicked a whole population for no good reason and the results could have been worse than the impact of the small wave predicted at that time. The areas were small and therefore we could door knock those people easily," said Hawke's Bay Civil Defence group controller Ian Macdonald.

"Having said that, we are very pleased at the number of people who self-evacuated. While in the end the threat did not eventuate this time, it is really pleasing to know that people know what to do.

"There may be a time when a local earthquake causes a tsunami so suddenly that we don't have time to warn anyone. People should not wait for a siren or a knock on the door: If you feel an earthquake that is 'long or strong, get gone' is the message."

The threat of a tsunami making landfall was gone by 5.45am, and the last of the evacuated residents advised that they could safely return home.

Mr Macdonald acknowledged that at times it seemed there were mixed messages, but that was "the nature of the beast" in that no two emergencies are the same and information changes as events unfold.

"Nature doesn't give us notice and doesn't tell us what sort of affect she's going to have.

"This was a very long rupture of about 100km long so it was impossible in a very short amount of time to say exactly what would happen along the length of our country.

"The best we can do is give people what we know, ask that they make some decisions on the best way to react, and then keep updating them as clearer information comes to hand."

As today progresses, he asked that people remain aware of any Civil Defence messaging, in case further earthquakes changed the situation. https://www.facebook.com/hbemergency/