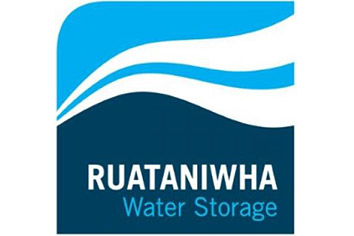 Hawke’s Bay Regional Council today agreed to request that its investment company implement a moratorium on further expenditure on the Ruataniwha Scheme design, development and construction.

Councillors received and contributed to a report noting the approach staff will take to review the Ruataniwha Scheme. The report also drew on 60 public submissions received after an advertised call for questions about the Scheme.

“This is such an important issue. It needs our open debate, and an external reference group to help streamline this review process. We want to canvas all the issues for a final decision that gives comfort to our community and certainty to landowners,” says Chairman Rex Graham.

Councillors agreed to appoint an external reference group to assist staff working on the review. Councillors also recommended to use the knowledge of staff and current advisors as much as possible, drawing on fresh external eyes where identified necessary by Councillors.

The review will not recommend a specific outcome to Councillors - to continue with, abandon or shelve the Ruataniwha scheme. The review’s purpose is to help Councillors make their own informed decisions. The resulting report that Council agreed to receive before the end of April 2017 will review, summarise and update the costs and benefits of the Scheme, as well as risks and opportunities associated with a decision to proceed, abandon or shelve this project.

“We are undertaking a substantial and important review process to put to bed any question that the Scheme was not the result of a robust and thorough development process,” says Strategic Development Manager James Palmer.

The review scope includes key contractual, legal, financial, economic and environmental elements of the Scheme, the impacts and consequences of implementing the Tukituki Plan with and without the Scheme, and of withdrawing from the Scheme completely.

Councillors were also given an update on the prospects of success for the Department of Conservation and the Regional Council’s Investment Company in the Supreme Court land swap decision appeal. They further agreed to consult HBRIC Ltd on ceasing any further action to acquire DOC land, which could be pursued using the Public Works Act.

The cost of this review is expected to sit between $130,000 and $150,000, which will be capitalised to the Ruataniwha scheme, in line with prior investigative works to date.