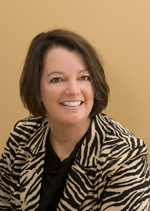 Hawke’s Bay Regional Council today agreed to be the owner of a proposed suspension bridge across the Tukituki River downstream of Waipukurau in Central Hawke’s Bay.

The proposed bridge is a project being championed by Central Hawke’s Bay Rotary River Pathways Trust. The new asset will connect existing limesand trails on both sides of the river and give easier access to the mountain bike park being developed on land already owned by Hawke’s Bay Regional Council.

The new bridge - once fully-funded and constructed - will improve the already popular trails in Central Hawke’s Bay and be a drawcard for people living in, near and visiting the area.

HBRC Councillors were presented with the recommendation to assume ownership, in light of strong community support and extensive fund-raising that has already taken place. Resolving who would own the bridge, to be situated in the river corridor, was needed for the Trust to get funding over the line, with the hope of seeing construction occur early next year.

The recommendation was supported by HBRC Chair Rex Graham and Councillor for Central HB Debbie Hewitt.

“It’s great to see this partnership of the Regional Council working with a community group here. When built, this bridge will add huge value to the existing river pathways and the new mountain bike park,” added Councillor Hewitt.