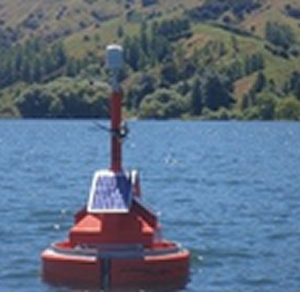 HBRIC Ltd told today’s Hawke’s Bay Regional Council meeting that a price revalidation of the design and construction contract is almost completed and is line with the board’s expectations.

HBRIC Ltd Chief Executive Andrew Newman says substantial work on the form of the contract and risk allocation in negotiation with the constructor has now resulted in a fixed time, fixed cost contract which the board and its financial advisers says is in a form acceptable for capital raising and financing.

He says this is great news for the scheme as it is another major milestone and shows the scheme is a viable proposition for the region.

“It is estimated the construction phase of the scheme will inject significant money into the region and hundreds of jobs. That money will through the region with workers shopping locally, renting homes and being a part of the local community,” says Mr Newman.

“We confirmed the consents for the scheme in July this year, now we can confirm we have a financially bankable design and construction contract. This means we have now met two of the four conditions required for the scheme to go ahead.”

He says the other two conditions are water uptake and securing investors and both work streams are progressing well. These conditions are the two remaining building blocks to be finalised.

“HBRIC Ltd now has 42 million cubic metres of water either contracted or close to it. Of that close to 30 million is in counter signed contracts.”

He says after reviewing all the water contracts the HBRIC Ltd Board is satisfied that material progress is being made in signing up farmers to take water from the scheme and says after detailed discussions it is happy for work to continue on developing the scheme through to financial close.

“Based on our progress to date we believe we will be in a position to announce a preferred investor either before the end of the year or early next year.”

Andrew Newman says Forest & Bird’s judicial review of the Department of Conservation land exchange means some delays and additional costs. Despite urgency for the hearing from the High Court it is unclear when the matter will be heard. He says because of the review finalising the conditions for the scheme will slip into the first quarter of next year.

Mr Newman says that means the HBRIC Ltd board does require some extra funding from Council to continue through to early next year, a significant portion of which is for the land exchange related costs.