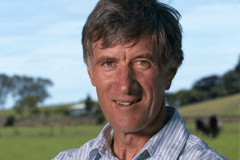 Mr Robinson will replace current Chairman Dr Andy Pearce, who has resigned from the position, effective from 30 December 2016.

Dr Pearce has chaired HBRIC since its formation in 2012. The major project during that time has been the Ruataniwha Water Storage Scheme, with three of the four conditions needed for it to go ahead signed off. The final financing condition is awaiting the outcome of the DOC land swap Supreme Court case and the Council review of the scheme.

Mr Robinson is a current independent board member, along with Danelle Dinsdale and Jim Scotland and is joined by two newly appointed Councillor-board members Debbie Hewitt and Peter Beaven.