Inflatables Risky on the Water 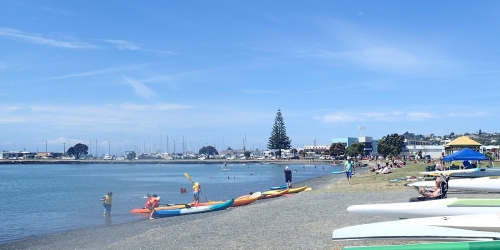 The warning comes after a recent incident in Northland where a man, not wearing a life jacket, had to be  rescued after he was swept out to sea, while  using his inflatable dinghy to go fishing.  http://www.nzherald.co.nz/nz/news/article.cfm?c_id=1&objectid=11777664

Martin Moore says while he hasn’t heard of any local incidents, it’s a timely reminder for everyone.

“Inflatable dinghys are not boats and can’t be controlled if you get caught by a current or the wind and are pushed out to sea, so just keep them for fun in a pool,” says Mr Moore.

He says people should also take notice of recent warnings from across the Tasman about not using air loungers on the water.  There were two near drownings in Australia when the loungers malfunctioned out on the water. Water Safety New Zealand is also urging Kiwis to keep air loungers on land.  http://www.nzherald.co.nz/nz/news/article.cfm?c_id=1&objectid=11777917

• lifejackets must be worn at all times on paddlecraft, e.g. waka ama and kayaks. Paddleboards are exempt if a leg rope is used in broken water

• all boats must carry the correctly-sized lifejacket for each person on board, which must be worn when the skipper requests it.