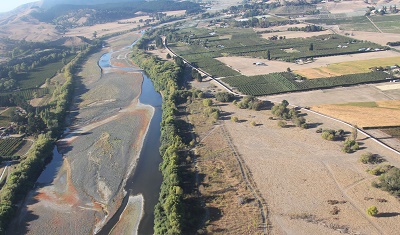 Thanks to some rainfall, some irrigation bans have been lifted. Compared to 34 bans last week, 29 total and partial water bans in force this week.

Very little rain is predicted for this week, but recent rain in the ranges has helped the main rivers a little.

Although the region is dry early (about a month ahead of normal), it is too early to call it a drought.  The regional drought committee would be convened to discuss and advise on any drought status, but only informal conversations have been held to date.

Coincidentally, HBRC will host the next Climate Briefing on Thursday 2 February at 9am, which is open to public.

Some of the 35 streams and rivers regularly gauged for summer flows are switched into ‘ban’ status when water flows drop to pre-set low-flow limits. For example, of the seven different ban levels for the Tukituki River, three have been triggered and are ‘on ban’.

Partial bans operating as at 24 January: