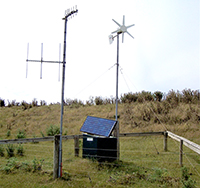 A climate briefing today (2 February) by Hawke’s Bay Regional Council environmental scientists was attended by a large group of interested people from the agriculture and horticulture sector.

Following the briefing, the Hawke’s Bay rural advisory group met to discuss the dry conditions and any action that might be needed to coordinate a response.  The group agreed that the region is not near the threshold to deem the dry period a drought as farmers still have options available.