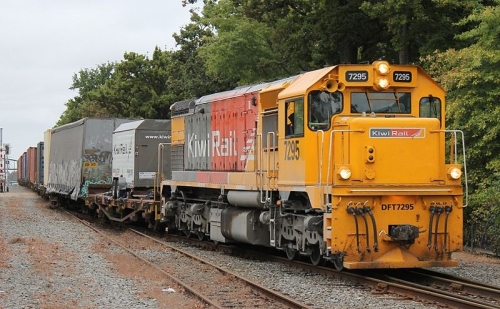 Wairoa to Gisborne Rail Line
The Hawke’s Bay Regional Council’s Corporate & Strategic Committee is sending a clear message that Council should continue to support efforts to get the Wairoa to Gisborne section of the Napier-Gisborne line reopened.

The Gisborne Rail Cooperative (GRC) made a presentation to today’s Corporate & Strategic Committee meeting asking the Council to make a joint approach to KiwiRail for consideration of GRC’s proposal to reopen the Gisborne end of the Napier-Gisborne line for freight, as well as for tourism services.

GRC spokesman Steve Weatherell from Weatherell Transport told the meeting if the infrastructure is in place the investment will happen.

The Committee is recommending that Council continue to offer its support for the preservation and preferably the restoration of rail freight options for the Wairoa to Gisborne section of the Napier-Gisborne rail line.

Corporate & Strategic Committee Chairman Neil Kirton told the GRC members that a business case is urgently needed on reopening the Wairoa to Gisborne rail line and that it is essential the Gisborne District Council shows its support for the proposal. He says if GRC can get a commitment from the Gisborne District Council to put some money towards developing a business case then HBRC would also consider contributing some money.

Councillor Alan Dick told the meeting that HBRC Regional Transport Committee will be holding its regular meeting in Wairoa on 10 March 2017. He says the visit is part of a commitment through ‘Matariki – the Hawke’s Bay Regional Economic Development Strategy’ to improve road transport options north, and rail will certainly be on the agenda.

Council Chambers Upgrade
HBRC’s Corporate & Strategic Committee is keen to consider options to upgrade the foyer and Council Chamber to better represent the region and its culture.

Council Chairman Rex Graham had requested work be considered to upgrade these areas but decided against pursuing that request any further after Councillors raised concerns about the plans.

At today’s committee meeting many councillors said they still felt changes needed to be made to better reflect Hawke’s Bay and its culture.

It is recommending Council initiate discussions with tangata whenua representatives on the Maori Committee and co-Chair of the Regional Planning Committee in relation to the matter.