Only One Ban Left After Rain 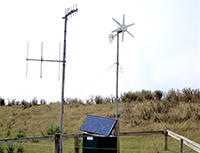 After this weekend’s generous rain, only one irrigation ban is left on, at the outlet of Lake Poukawa.  The lake outlet is controlled to manage the level of Lake Poukawa in an agreement with a number of stakeholders.

Another ban still showing on Hawke’s Bay Regional Council’s website is on the Karewarewa Stream and will be lifted at 5 pm tomorrow (Tuesday).  Irrigators are being informed of when bans come off (or go on) through HBRC’s automated notification system.

Bans on water takes at higher levels may come back on later this week as rivers recede.  The higher level takes are used when the river is at a fuller flow, and are generally for filling dams.

Although the weather is still unpredictable, river and streams aren’t expected to come down to last week’s low levels for some time. More wet weather is predicted for early next week.

Irrigators should check the council’s low flows site regularly for information on the ban status.

HBRC monitoring also shows increasing groundwater levels across both the Heretaunga and Ruataniwha Plains.  The aquifers will continue to respond to the rainfall input and reduced irrigation that has occurred over the week.