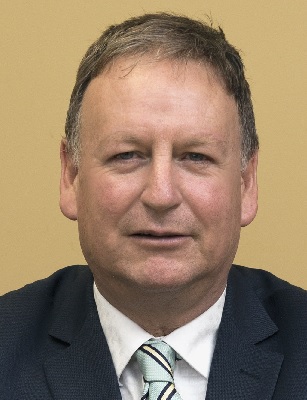 After 10 years as Chief Executive of Hawke’s Bay Regional Council, including three years as HBRIC Ltd Chief Executive, Andrew Newman has taken the decision to step down from his role with HBRC, effective 31 March 2017.

“A great deal of my time while at HBRC was devoted to advancing the Ruataniwha Water Storage Scheme to the point where a definitive outcome is imminent. This has been extremely demanding work navigating the hugely challenging political, community and commercial interests involved in the project,” said Mr Newman.

“There are other projects and milestones that also stand out for me. These include the establishment of the Regional Planning Committee, made up of Councillors and representatives from all the Hawke’s Bay Treaty claimant groups, the creation of a single region-wide Civil Defence group and my role in the development of 200 kilometres of cycle ways in the region. “

Mr Newman says with all the necessary groundwork to proceed with the Ruataniwha Scheme in place, a new group of Councillors will soon make a final decision on that project, as well as setting a new direction to develop the Council’s strategic plan.

Two senior members of the current HBRC Executive team retire in the coming months, and Mr Newman feels it is timely to also consider his future.

“This is a decision I have given a lot of thought, especially over the summer break. I have decided to step aside to enable the new Council to take whatever direction it sees as prudent with the support of a refreshed Executive team,” says Mr Newman.

“This is a time of change at HBRC and time for a new direction, energy and vigour from the Council’s senior executive in assisting Councillors with its agenda,” added Mr Newman.

“I am considering other opportunities in the commercial sector, however after such a busy and demanding last six years in particular, I am looking forward to initially taking a break,” said Mr Newman.

Council Chairman Rex Graham thanked Andrew Newman for his substantial contribution to the organisation, and his drive and commitment to the Council since 2007.

“Andrew has had to deal with a string of very tough issues with a high degree of professionalism and competence, “says Mr Graham

He says the Council is looking to recruit a new Chief Executive and clearly move forward to deal with the challenges ahead.