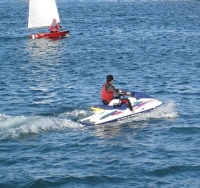 The Hawke’s Bay Navigation Safety Bylaw has been reviewed and is now open for public consultation until 31 October 2017.

The draft bylaw covers boating safety, lifejacket rules, navigation infrastructure, and activity zones (such as boat ramps and swimming zones) within the Hawke’s Bay region which includes the coastal areas within the 12 nautical mile limit. It has been approved by Maritime New Zealand and by Council for final consultation.

You can view the draft 2017 Bylaw here and the current bylaw here.

“The bylaw is reviewed every five years to ensure the rules are consistent with legislation and with current practices,” says Harbourmaster Martin Moore.

“The draft bylaw has already been reviewed once by the public and various water user groups, and a number of people have used the opportunity to discuss specific safety issues with me.  The amended draft went to Maritime NZ and this is now available for final consultation.”

In the last bylaw review in 2012, new provisions tightened up rules about wearing lifejackets. This safety initiative was reinforced by a successful lifejacket campaign in Hawke’s Bay schools and safe boating campaigns.

The 2017 bylaw review will introduce compulsory registration of jetskis in Hawke's Bay.  This will bring Hawke's Bay into line with other regions and make jetskis easier to identify.

“I’ve had good feedback from the jetski sports club here in Hawke’s Bay and registration is likely to be a simple online system with a one-off registration fee, as used in other regions in the North Island. Once registered here, you will be registered for Taupo and other areas,” says Captain Moore.

Other changes include a more clearly defined boating and swimming area at Porangahau Beach Road to improve safety, plus rule changes for the Napier Inner Harbour that will affect commercial users and berth owners.  Other bylaw updates have been made to match changes in Government legislation and ensure the Hawke’s Bay bylaws are consistent with national boating safety regulations for recreation and commercial activities on the water.