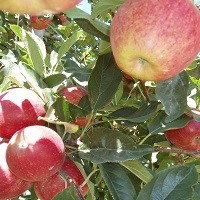 The Hastings orchardists also received the East Coast Farming for the Future Award, jointly sponsored by Hawke’s Bay Regional Council and Gisborne District Council. They won 3 other award categories for agri-business, innovation and people in agriculture.

“We are proud to recognise a family rural business that is looking to the future while focusing on the important basics, such as caring for people and the environment,” says HBRC Chairman Fenton Wilson.

The Hirsts run a 40ha pipfruit and blueberry operation south of Hastings. They have developed the business since 1989 and while apple exports account for most of their business, the diversification into blueberries is showing significant potential. The Hirsts are passionate about growing quality fruit as sustainably as possible and committing to best practice in their orchard operations.

A BFEA field day will be held on the Hirst family orchard at a later date.​

“I also have some knowledge of the other winners’ farming businesses and they were worthy finalists, adding hugely to the wealth and environment of Hawke’s Bay. Other finalists are doing great things as well and I encourage them back next year,” says Chairman WIlson.​

The other winners of BFEA categories were all from Hawke’s Bay: