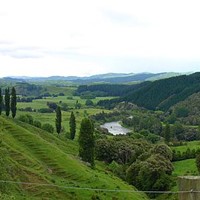 Hawke’s Bay businesses, Iwi, community groups and individuals are being urged to get behind a biodiversity strategy aimed at restoring the variety and number of species living in the region.

For the first time in Hawke’s Bay’s history people and agencies involved in biodiversity, ecology and environmental work have come together to take stock of the region’s biodiversity and how it can be improved.

Later this month (March 17) a new regional biodiversity strategy is being launched and those with an interest are being asked to come along and sign an accord committing to the strategy and its long-term vision of working together so Hawke’s Bay’s biodiversity is ‘enhanced, healthy and functioning’.

Hawke’s Bay Regional Council Maori Committee Chairman Mike Mohi says the strategy encourages all of us to take on a kaitiaki role as our commitment to protecting our taonga, the land and waters of our region.

With the strategy comes the appointment of a new terrestrial ecologist at Hawke’s Bay Regional Council, who will work with partner organisations to drive the implementation of the strategy. Keiko Hashiba has been with the Hawke’s Bay Regional Council for six years in environmental science and was responsible for the development of the biodiversity inventory which outlines what the region has now.

She says the new strategy is a great milestone for those already doing great work in the region and a gateway for others who want to be involved.

“The strategy is all about aligning the key agencies and connecting various groups that are working to make our environment better and allowing them to share ideas and support each other,” says Ms Hashiba.

She says after growing up in Japan, arriving in Hawke’s Bay to initially work at PanPac Forest Products Ltd she could not believe that nature was right on her doorstep.

“We are so fortunate to have such wonderful places close by where we can directly interact with water, plants and wildlife. We have some great places in Hawke’s Bay. Many have a lot of potential but just need more care and that is what the biodiversity strategy aims to do.”

Ms Hashiba says the success of the strategy will depend on all levels of the community working together and sharing in the responsibility to sustain biodiversity now and in the future.

“Anyone can get involved by joining an existing project or restoration group, taking action in their own backyard to improve biodiversity and getting involved in events.”

“These are all important elements that feed into and affect the biodiversity of our region.”
​