What's happening with our weather 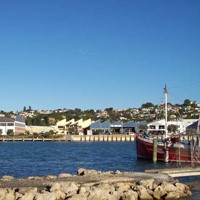 Climate – HBRC Climate Scientist Dr Kathleen Kozyniak
There was ample rain in the north in December, but it was drier than usual elsewhere. January has started well with all ranges, northern parts of the region and CHB already hitting the January average.
Soil moisture is near or above average in most areas, though possibly drier than usual around the south coast.
Hawke’s Bay has a weak La Niña for summer, which is expected to transition to neutral conditions in autumn. Climate models favour an east to northeast flow over the country for the remainder of summer due to a pattern of highs to the southeast and lower than usual pressures to the north and in the Tasman Sea. That raises the chance of higher than normal rainfall for Hawke’s Bay or at least decreases the risk of below normal rainfall.