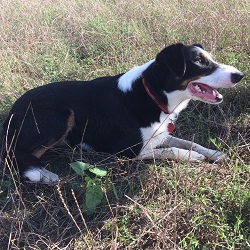 Rusty is a trained Velvetleaf tracker dog and on Tuesday (20 Feb) Hawke’s Bay Regional Council’s Biosecurity team used him to hunt out this pest plant in known infested paddocks.

Rusty was trained by owner John Taylor specifically to track down this pest plant and they have being working recently in Waikato, Auckland and Bay of Plenty, and did a day’s tracking in Hawke’s Bay before going to the Manawatu.  Hawke’s Bay Regional Council had Rusty check out previously affected or high risk paddocks in Pakipaki, Nuhaka and Tūtira to seek out new seedlings.

At a paddock in Pakipaki, Rusty ran across the ground and would stop when he found a plant.  He quickly found six plants - one plant was so small that the HBRC Biosecurity staff said they would not have seen it.

Without Rusty’s keen nose identifying the scent of the plant, HBRC staff would need to spend a lot more time walking or slowly riding a motorcycle over large areas of paddock in the hope of finding plants.

The pest plant came to New Zealand in a shipment of fodderbeet seed in 2015, and appeared only after the crop was sown.  Velvetleaf can grow to 2 metres high and produce a lot of seed that can be viable for up to 60 years. The plant can compete with planted crops reducing the yield.  The agriculture sector does not want this plant to spread.

HBRC staff recorded each plant found using GPS for future monitoring and grubbed them out.  One plant found today was already flowering.

Photo: Rusty tracked the Velvetleaf plant he's sitting next to. 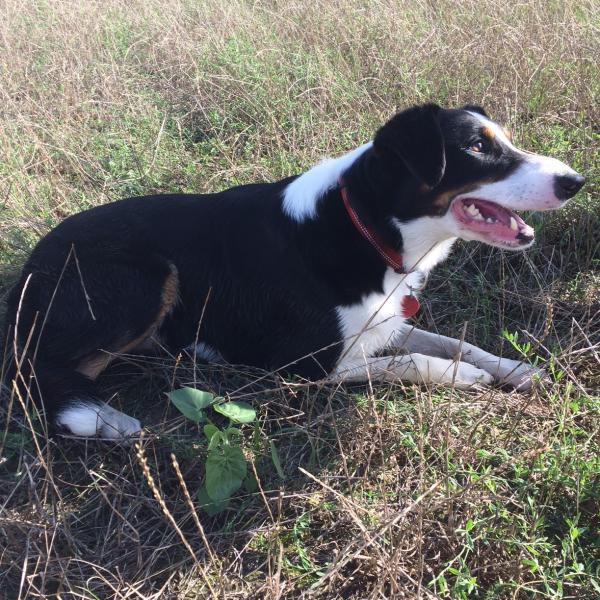