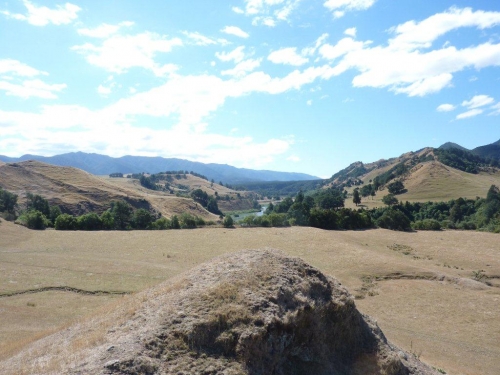 The Scheme and the Plan Change form part of a wider programme to better manage water resources in the Tukituki Catchment and improve the Tukituki River.

“These issues are exacerbated by existing land-use practices, including surface water and ground water abstraction for irrigation, and nutrient imbalances driven by on farm nutrient and sediment loss. Urban wastewater also contributes to the nutrient imbalance issue,” says Mr Wilson.

He says the most visible consequence of these issues is excess algal growth in summer low flows in parts of the river system, which have high recreational values. In some streams and rare wetlands aquatic habitat is also compromised.

Mr Wilson says the Tukituki Plan Change has been developed with the aim of addressing the environmental issues in the catchment, but it will impose greater restrictions on existing farms in the catchment through requiring more water being left in the river so less available for irrigation and more stringent nutrient limits to help limit algal growth in the river.

“When you view the Ruataniwha Scheme through an environmental lens it is part of a combined regulatory and infrastructure strategy designed to systematically improve the Tukituki River, related streams and wetlands. That has always been the goal of the Plan Change together with the Scheme.”

He says the Ruataniwha Water Storage Scheme is designed to fit within the overarching regulatory framework and complement it in a number of ways including providing ‘flushing flows’ to help remove algae from the river, migrating groundwater takes to stored water, and delivering freshwater into degraded streams.

“I am confident that together the Plan Change and the Ruataniwha Scheme will provide a win-win situation for our region, improving the quality and quantity of water in the Tukituki River, giving farmers a secure water source for their farming operations and injecting more money into our local economy.”

Mr Wilson says the reality is without the Ruataniwha Scheme the Tukituki Catchment won’t receive the range of environmental benefits the Scheme provides and the local Hawke’s Bay economy will miss out on the major economic boost it so desperately needs.