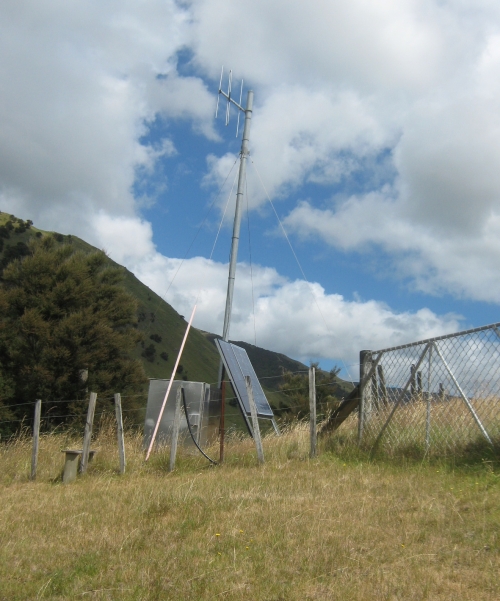 Agencies are keeping a close watch on dry conditions and farmer welfare in Hawke’s Bay. A long dry spell means that some areas have little pasture cover or water.

“February to April had less than average rainfall across the region and most places have so far seen less than 50% of the usual May rainfall. Up to 15 mm of rain has fallen on the Heretaunga Plains this month while elsewhere, including Central Hawke’s Bay, rainfall varied from 20-40 mm. The glaring exception is the Ruahine Ranges which seem to have captured the bulk of the rain that has headed our way.  Over 200 mm of rain has fallen there, which is 100% of typical May totals.”

Soil moisture in the north of the region was around or just below median levels, but in some places across the plains and south, such as HBRC monitoring sites at Bridge Pa and Ongaonga, soil moisture is at very low levels for this time of the year.

Farmers around the region reported to the meeting that, although conditions for many have been better than expected, rainfall had been patchy through autumn. Some areas have little to no grass and little spare feed. The Pakipaki to Porangahau strip was most at risk. The rain had been insufficient to get creeks flowing. Towards the coast some farms have large ungrazeable areas due to a lack of stock water.

“Northern Hawke’s Bay is still pretty good but the Wairoa River has low flows as much as anywhere else. It’s concerning that, like last year, around the rest of the region stock water is being challenged and farm dams are not full.  We are looking forward to some rain,” says HBRC Chairman Fenton Wilson.

Farmers are asked to continue a watch on water availability and animal welfare, especially where stock are let into areas which have water and subsequently overgraze those paddocks.

On a positive note, large quantities of baleage are available for purchase and grain is at lower prices than in 2015.  Other areas have fared better over autumn and are able to take stock for grazing over winter.

Facial Eczema has been widespread but while not as bad as previously seen in the region, it has occurred in areas not usually affected. Vets are giving advice and farmers are generally keeping an eye out for FE.  Farmers will be aware that FE can put animals under more pressure near lambing and in late winter. Scanning is likely to be affected, and a high dry rate could result in further destocking.

The Rural Support Trust reported that farmer morale is still strong. To date very few calls have been received for assistance and support. While a poor autumn has been experienced by most, in general farmers are coping well due to early planning and good decision-making.

“Depression is more likely to affect farmers when climatic and animal health stress occurs, but so far there have been no notifications to the Trust. This is encouraging, but should our support be needed, we are here to listen and assist," says Lon Anderson.

Farmers, growers, workers and their families are encouraged to contact the Trust on 0800 RURAL HELP (787 254) for a free and confidential chat.