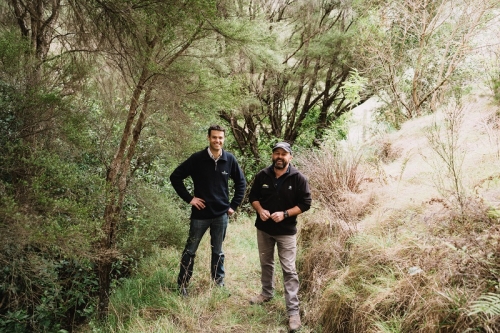 Around 423 hectares of critically threatened native bush in Hawke’s Bay will be fenced and protected over the next three years, thanks to a $2 million funding partnership between the Hawke’s Bay Regional Council, QEII National Trust (QEII), Department of Conservation and landowners.

“This investment is focused on protecting small threatened indigenous bush remnants across Hawke’s Bay  which are all that remain of the former forests that used to blanket our region and are acting as life-lines for our native species,” says Mr Mitchell.

“The investment will fund about 42km of deer fencing at 14 sites, alongside undertaking pest plant and animal control within these sites.

“The deer fencing will enable rapid revegetation and recovery of the biodiversity within these sites. Unfortunately, feral deer have become a significant pest in the region, and we need to be doing all we can to ensure that our critically endangered native remnants are protected.

“The Regional Council will provide more detail about the projects that have received the funding over the coming months.”

QEII’s Hawke’s Bay regional representative Troy Duncan says QEII is pleased to be involved in the project that will see fencing in some existing QEII covenants upgraded and deer fencing and permanent legal protection provided to two new sites.

“Protecting these sites with a QEII covenant is the best way to make sure the investment being made is enduring and will give these areas the best chance for the biodiversity within them to thrive,” says Mr Duncan.

“QEII is grateful for the Jobs for Nature funding through the Department of Conservation. We’re excited to team up with the Hawke’s Bay Regional Council and landowners – it is a great example of how working together can achieve enduring environmental outcomes that will benefit future generations.”

Minister of Conservation Kiritapu Allan has announced that 579 full-time equivalent roles will be funded across the country through a $34 million allocation from the Jobs for Nature fund, administered by the Department of Conservation.