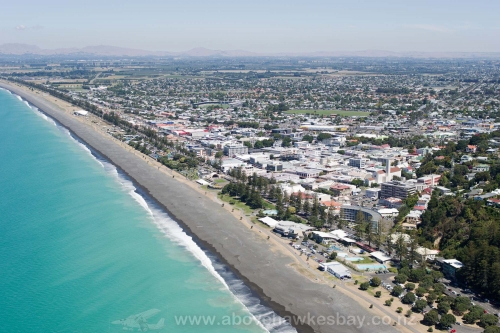 The Hawke’s Bay Regional Council says a court decision to fine a Napier company $38,500 for five instances of discharging an objectionable odour sends a strong signal to businesses that breaches of their resource consents will not be tolerated.

Hawke’s Bay Protein Ltd was prosecuted by the Regional Council for discharging a contaminant, mainly odour, from its premises in Awatoto in Napier on five different occasions, in breach of the Resource Management Act 1991.

The company pleaded guilty in the Napier District Court and was sentenced to the $38,500 fine by Judge MJL Dickey.

The company operates a rendering plant and holds a resource consent that allows it to discharge  contaminants into the air, including odour from three biofilters there. That consent is subject to a condition that requires that there’s no objectionable or offensive odour that causes an adverse effect beyond the site.

In February and March last year, Regional Council environmental officers responded to complaints to its pollution hotline, and confirmed objectionable and offensive odour from the company could be smelt beyond its boundary. The complaints came from Taradale, Greenmeadows, Meanee and Awatoto.

The company has received seven other infringement notices for odour discharges since 1997.

In sentencing the company, Judge Dickey said it is clear that the odours which emanated from the rendering plant have had an adverse effect on the amenity and enjoyment of residents.

“Odour is hard to escape from and hard to ignore. Residents living in the vicinity of the plant are entitled to enjoy their properties without that enjoyment being marred by unpleasant smells.”

The Regional Council’s Group Manager Policy and Regulation, Katrina Brunton, says the council is committed to pursuing breaches of resource consents through the court if necessary.

“Prosecuting a company is one of the strongest signals we can send to discourage others. We welcome the $38, 500 fine which should serve as a strong deterrent to others,” she says.

The Regional Council encourages anyone experiencing objectionable odours or other pollution matters to call its 24/7 Pollution Hotline on 0800 108 838.