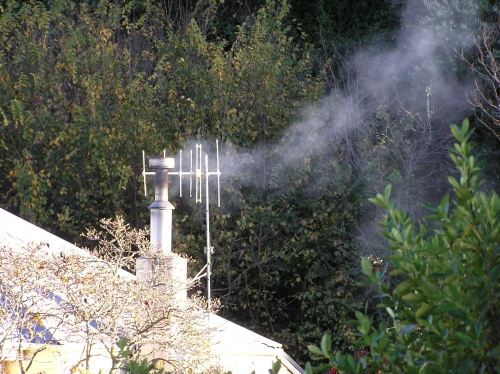 There’s concern that air quality in Wairoa during winter has been progressively declining in recent years.

The Hawke’s Bay Regional Council has been monitoring air quality in Wairoa for the past two years. Once in 2019 and twice last year we saw levels of fine particulates above the limit in the national air quality standards. Our measurements were also occasionally above World Health Organisation guidelines for very fine particulates.

“There are lots of factors that make our air unhealthy, and in Wairoa we’re seeing this mainly caused by household rubbish being burnt, which sends toxins into the air,” says Dr Kozyniak.

“The best thing people can do to help air quality is to stop burning rubbish. Make sure your fire is up to spec and you’re only putting dry wood or paper in it. If you’re burning outside, make sure you’re only burning vegetation, untreated timber, cardboard and paper, and the smoke isn’t a nuisance for your neighbour” adds Dr Kozyniak.

“We’re worried about the impact poor air quality is having on our Wairoa community. If air quality isn’t good enough, for example, it can make asthma or any respiratory conditions worse, or even lead to something more serious,” says Mr Mutonhori.

“Wairoa has one of the worst numbers of people with respiratory issues in New Zealand, and having poor air quality year after year is only going to make that worse. We need to come together as a community and figure out how we can fix this issue.”

“Outdoor air pollution can cause cancer, contribute to heart and lung disease, hospital admissions and can even lead to early death.

“Based on international experience and New Zealand air quality data, two people per year could be dying earlier than expected in Wairoa due to poor air quality,” he says.

Dr Jones said those most likely to be affected by air pollution are children, especially those with asthma, older people and those with pre-existing conditions.

“When air quality is really poor, it is recommended not to go outside and exercise, particularly if you are in a higher-risk group,” said Dr Jones. “Data from 2016 suggested that there were about two-and-a-half days a year when air quality in Wairoa would meet that threshold.”