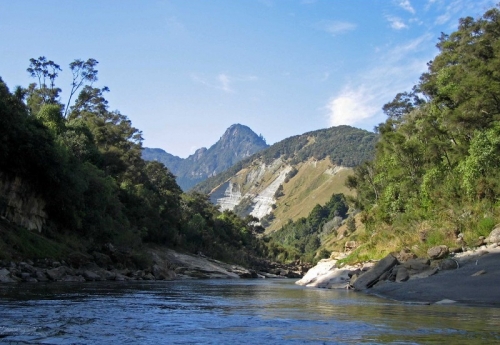 The latest national LAWA update of river health paints a picture of impaired health for the majority of monitored river sites in Hawke’s Bay and across New Zealand.

The release coincides with World Rivers Day 2021 on 25 September.

The overall patterns for New Zealand are consistent with what we see in Hawke’s Bay says Hawke’s Bay Regional Council’s Team Leader for Fresh Water and Ecology Dr Andy Hicks.

“Hawke’s Bay Regional Council monitors over 90 river sites around the region, which shows us where work needs to be done to improve our waterways. The overall patterns are already well established, however, and show that the poorest river health is linked to higher levels of catchment modification and land use intensification.”

Hawke’s Bay Regional Council Chief Executive James Palmer says over the next three years councils across Aotearoa New Zealand will be engaging with local communities to develop plans that maintain, or where degraded improve, the state of freshwater.

“Data on the LAWA website will help to inform upcoming community conversations and be used to track future improvements. While a lot of work has been done in many catchments across Aotearoa, it will take time and sustained effort to bring some of our more compromised rivers to a desired state.

“The Regional Council has increased operating expenditure in its new Long Term Plan to support stronger action on freshwater, including science, planning, and community engagement on a region-wide freshwater plan.

“There will be greater compliance monitoring of new freshwater regulations, and more funding to protect threatened regional biodiversity. We’re investing more than $40 million in this long term plan, alongside landowners, on work on the ground to improve water quality.  A total of 23 new staff are funded this year to increase the service delivery for the Hawke’s Bay’s environment. This includes two new catchment coordinator roles to work with our urban communities in restoring the Karamu and Ahuriri catchments,” says Mr Palmer.

The new national policy statement for freshwater (NPS-FM 2020) requires every regional and unitary council, alongside its community, to develop a comprehensive plan to maintain or improve the state of freshwater. There are several compulsory measures for the state of a river that must be met, and communities can choose to go above and beyond these.

More detailed regional reporting on the state and trends of river health in Hawke’s Bay is online here. Regional State of the Environment reporting, which will cover a full range of freshwater systems (rivers, lakes and groundwater), land, air and coastal systems, are currently being updated and are expected to be released in June 2022.

LAWA is a collaboration between New Zealand’s 16 regional and unitary councils, Cawthron Institute, and Ministry for the Environment, with support from Department of Conservation and Statistics New Zealand.

For further data, see our most recent five-yearly State of the Environment report.