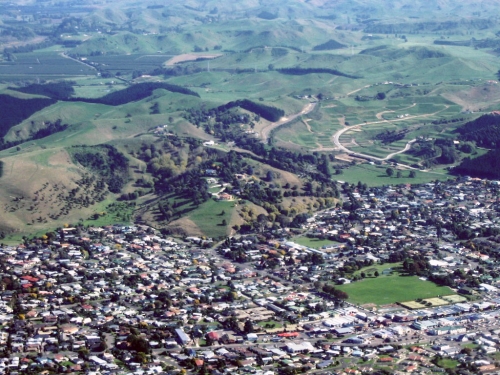 Hawke’s Bay Regional Council has today given its reluctant support to a strategy aimed at managing urban development on the Heretaunga Plains, but has signalled it is not happy with the current approach.

The Heretaunga Plains Urban Development Strategy (HPUDS) has been developed by the Hawke’s Bay Regional, Hastings District and Napier City Councils as a way to manage future urban growth. It aims to encourage ‘compact design’ that maintains the versatile land of the Heretaunga Plains for production purposes. It also looks to balance increased intensification, with lifestyle choices, sustainable infrastructure and affordable housing.

Several councillors raised concerns earlier this year that the strategy did not effectively address the issue of urban development on fertile soils, had a timeframe of 35 years which was too long and did not address issues such as ‘land-banking’

Councillor Peter Beaven told today’s meeting the strategy does not address those issues and he cannot support it. He says the council needs to voice its concerns more strongly on the HPUDS Working Group.

“The wider public will no longer accept the compromises to the environment as a result of this development and it must be a part of HPUDS strategic thinking,” says Councillor Kirton.

Maori Committee Chairman Mike Mohi told the meeting “beautiful and productive land” in the region is being covered in concrete and Maori are not happy about it.

Councillor Fenton Wilson says while he accepts there are still concerns with the strategy, the Council needs to support it so it can be ‘inside the tent’ and make changes. However, he says Council should ensure they are vocal and more vigorous in its discussions with the other councils.

The Council has adopted the revised strategy; but has sent a strong message to the HPUDS Implementation Working Group to re-prioritise some of its planning. This includes ensuring the environmental effects of any development is taken into account, as well as natural hazards such as liquefaction and coastal erosion. It also wants the group to consider how appropriate it is for large-scale semi-industrial and non-rural land use activities to be on productive land.