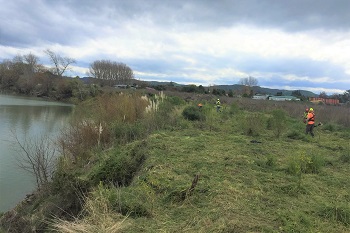 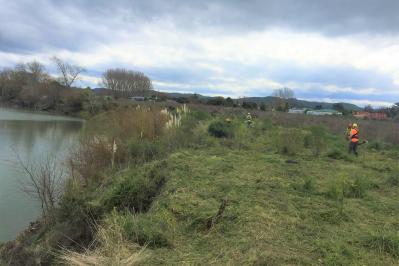 As the winter planting season comes to a close, Enviroschools in Wairoa will come together to plant an area alongside the Wairoa River on Tuesday 28 August.

The children and teachers from Nga Tamariki o Nga Hau e Wha Kindergarten and Wairoa Primary and St Joseph’s schools will plant 200 – 300 native plants in the area upstream of the Ferry Hotel where poplars have recently been felled.  The poplars were a safety risk.

“Children from the Enviroschools will help lead the planting and create another attractive place for Wairoa people and visitors to enjoy nature and the river,” she says.

The planting area has been provided by Tenfold Investments Ltd who support the enhancement of this part of the river bank.  A planting plan and suitable plants have been coordinated by Hawke’s Bay Regional Council and Wairoa District Council.

"We’ve been wanting to hold a planting event by the Wairoa Awa and it’s good to have the children involved.  With the numbers of Wairoa people now raising eco-sourced native plants, there’s going to be plenty of planting opportunity in the future,” said Stevie Smidt, HBRC Open Spaces advisor.

“HBPM (Habitat Biodiversity and Pest Management) have done a great job preparing the site for next Tuesday’s planting, which will make it much easier and enjoyable for the children planting.” (see photo)

Demand for schools to become Enviroschools is increasing around the region, with more parents expecting a higher level of sustainability and environmental care in the schools their children attend.  There are 7 Enviroschools in the district supported by Hawke’s Bay Regional Council, which has a waiting list of schools wanting to be funded.  Funding support this year has been added by Napier City Council and Central Hawke’s Bay District Council for schools in their districts.