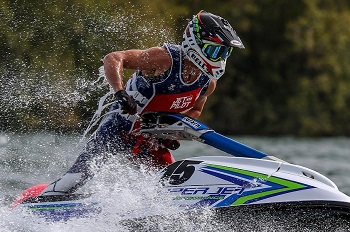 The Hawke’s Bay Navigation Safety Bylaw 2018 came into force on 3 September 2018 and with it a new requirement for all jetskis operating in the Hawke’s Bay region to be registered.

The bylaw covers boating safety, lifejacket rules, navigation infrastructure, and activity zones (such as boat ramps and swimming zones) within the Hawke’s Bay region, which includes the coastal areas within the 12 nautical mile limit.

The draft bylaw was consulted on during 2017 and has since gone through approval processes with Maritime New Zealand to ensure that the regional rules are consistent with national legislation and current practices.

“We had good input into the new bylaw by various water user groups and the public, and a number of people raised specific safety issues during the consultation,” says HBRC Harbourmaster Martin Moore.

The bylaw review has also introduced compulsory registration of jetskis in Hawke's Bay. This will bring Hawke's Bay into line with other regions and make jetskis easier to identify.

“The first to register a jetski online was Phil Hutchison of the Hawke’s Bay Jet Ski Club and the club is highly supportive of this move because it increases safety for jetski owners,” says Mr Moore.

“We don’t know how many jetskis are in Hawke’s Bay, and many will already be registered in other regions so will not need to register again.  All jetski sales outlets have been advised, so will be able to inform new owners.”

Registration can be done online here. There is a one-off registration fee of $54.40, and once registered in Hawke’s Bay, jetskis are also registered for Taupo, Bay of Plenty, Auckland and other areas. Any sale of a jetski means the new owner will need to change the address, but will not pay another fee.

Other changes to the Navigation Safety Bylaw include a more clearly defined boating and swimming area at Porangahau River Bridge on Beach Road to improve safety, plus rule changes for the Napier Inner Harbour that will affect commercial users and berth owners.  The bylaw also matched changes in Government legislation and ensure the Hawke’s Bay bylaws are consistent with national boating safety regulations for recreation and commercial activities on the water.

In the last bylaw review in 2012, Hawke’s Bay took a stricter stance on lifejacket rules than the national requirements and still requires lifejackets to be worn on all boats 6 metres or less. This safety initiative has been reinforced by a successful lifejacket campaign in Hawke’s Bay schools, school and safe boating campaigns.

The Navigation Safety Bylaw is available online here.  The Harbourmaster will also be meeting with sports clubs and coastal communities to discuss the bylaws, and will also be offering a boating and lifejacket education programme to schools again in the summer terms.