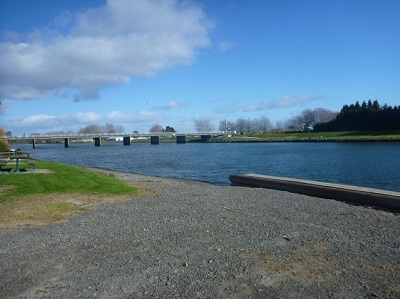 Some boaties and jet skiers on the Clive River are being contacted by the Harbourmaster after concerns were raised about them flouting river use rules.

The Navigation Safety Bylaw 2018 is the responsibility of Hawke’s Bay Regional Council and sets rules to keep anyone on or near the water safe, including speeds on rivers and lifejacket use.

Last week the Harbourmaster received reports of a boat on the Clive River where passengers weren’t wearing lifejackets.

“I have checked with the skipper and as the boat is over six metres in length lifejackets weren’t needed to be worn. Instead he was carrying them on the boat as required,” says Hawke’s Bay Regional Council Harbourmaster Captain Martin Moore.

“It was a positive outcome and a timely reminder for all boaties to know the boating rules.  I’d like to hope that we don’t have any deaths this summer because people were not wearing lifejackets when needed.”

However, some boats and jetskis have been caught speeding on the Clive River after the designated curfew hours.

On Mondays and Wednesdays power craft need to be moving no faster than 5 knots after 5 pm, and on other days after 8pm.  These hours have been set after consultation with Clive residents, and the information is on a sign at the boat ramp.

The Harbourmaster is speaking to the boat owners.  The ramp could be locked off at the curfew times if people continue to speed their boats after the designated times.

“Clive residents need to be able to enjoy their evenings without noisy boats and jetskis operating outside the designated hours.”

The rules for river and coastal use are in the revised Navigation Safety Bylaw 2018 that was approved by Hawke’s Bay Regional Council in September.  It can be read on hbrc.govt.nz, search #harbourmaster.

“All boaties and jet ski operators need to check the Navigation Safety Bylaw before they next go out on the water so they know the rules that they must adhere to,” says Harbourmaster Captain Martin Moore.