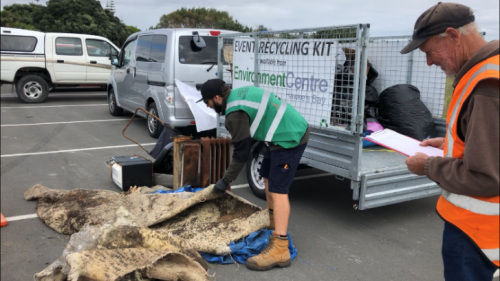 “Collecting a whopping total of 852.60 kilograms is impressive and satisfying, to remove this much rubbish from our environment,” says Regional Council Community Engagement Coordinator Sally Chandler, “but really disappointing to find it there in the first place – especially the illegally dumped household items.”

“Unfortunately there was no reduction in waste since last year, as we had hoped,” adds Mrs Chandler.

AHURIRI ESTUARY WALK AND TALK
67 people came to the Regional Council’s twilight Walk and Talk event at Ahuriri Estuary on 6 March.  This included a well-received talk from two local bird experts, Bernie Kelly from Birds NZ and Denise Fastier from the Department of Conservation.  They related the story of the Kuaka or Godwit, a hardy visitor and extraordinary migratory bird. It inhabits Ahuriri estuary for about six months of the year, coming to our shores, having lost two-thirds of its body weight, after an epic 12,000 km non-stop flight from its northern breeding ground in Alaska.

Also on hand were Anna Madarasz-Smith, the Regional Council’s Principal Scientist Marine and Coast, (seen in photo) giving an overview of the estuary’s history and an ecological update on its state of health. 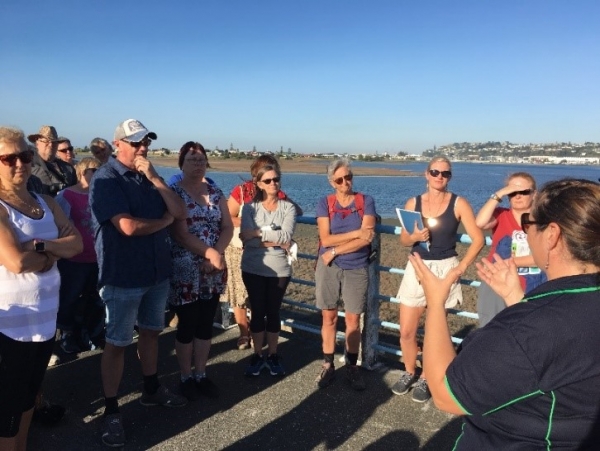 Napier City Council’s Fleur Lincoln and Cameron Burton gave additional insight into the current Ahuriri Estuary and Coastal Management Plan and the programmes of work that are under way to improve the estuary.

There were a total of 28 different SeaWeek events held in our region in 2019.