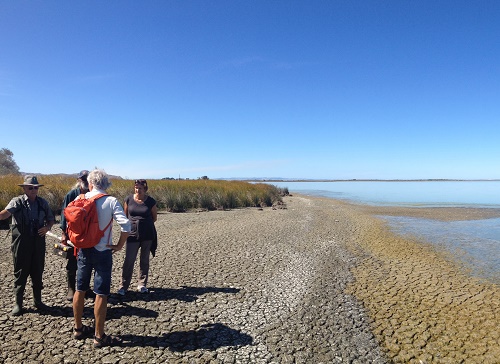 The project to revitalise Whakakī Lake, north-east of Wairoa, has been given a significant boost with the announcement that it has been granted $3 million from the Government’s Freshwater Improvement Fund.

Whakakī Lake is one of the six areas identified as an environmental hotspot in Hawke’s Bay Regional Council’s 2017-18 Annual Plan.

“The lake is considered a taonga to the many hapū of Whakakī Marae, Iwitea Marae and all those who live in the Whakakī catchment. The aim is to restore the health of the lake for future generations so our tuna (eels), morihana (carp) and traditional kaiare are fit for consumption and people can swim safely.”

Mr Munro says the Regional Council, iwi and farmers have already been working hard together, fencing and carrying out riparian planting around parts of the lake.

Regional Council Catchment Manager for Wairoa-Mohaka, Nathan Heath, says the bulk of the funding will be used for two large projects to improve the water quality of the lake.

“The first project is to construct a weir to maintain water levels, and protect the lake from dropping too low in summer. The weir will allow more water to be held in the lake but can be manually opened in late spring or summer to prevent flooding,” says Mr Heath.

“The second significant project is to put in a recirculating wetland. This will pump silt-laden water from the lake, through a wetland treatment system and return cleaner water to the lake,” adds Mr Heath.

“This is a significant milestone for the revitalisation of the lake, support for the current catchment fencing and planting projects. It will also help strengthen our existing community relationships.”

“It will be a catalyst for further development including research, science and technology, increased visitor and tourism activity as well as student and adult education opportunities,” says Mr Brooking.

The restoration of Whakakī Lake has been boosted with three million dollars from the Freshwater Improvement Fund.