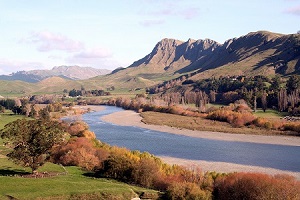 The Ministry for the Environment and Statistics NZ have released the latest instalment of environmental reporting on the state of New Zealand’s freshwater – Our Freshwater 2020.

The report provides further evidence that New Zealand’s freshwater is impacted by urban development, farming, forestry and other human activities. It also highlights how climate change is set to make the issues faced by our freshwater environments even worse.

Hawke’s Bay Regional Council Group Manager Integrated Catchment Management Iain Maxwell says the report, which is based on modelled data, gives an overview of the national picture, while the Regional Council has an extensive monitoring network, which provides measured data that is appropriate for regional water management.

“The data we receive is compared to limits and guidelines that are set at a national level, as well as by local communities,” says Mr Maxwell.

“The Hawke’s Bay data shows the areas where water quality does not meet nutrient targets are where there is the most land modification, such as some catchments in Central Hawke’s Bay, the Heretaunga Plains and Taharua.”

He says the research shows erosion is greatest in hill country areas where trees no longer stabilise the soil and this causes problems with downstream aquatic habitats extending right out to sea.

He says Regional Council research also highlights that barriers to fish passages are a threat to the region’s native biodiversity and local monitoring confirms lakes are particularly susceptible to the negative effects of land use changes.

Mr Maxwell says as a Regional Council, it is working in across multiple fronts to address these issues.

He says the Council is developing or has implemented policy interventions, which set the rules for land and water use, to improve the management of land and water in the region. These include the Tukituki Plan, currently being implemented and the proposed TANK Plan Change, which covers the Heretaunga Plains and contributing catchments. HBRC staff are also working on a plan change for the Mohaka River, which includes the Taharua catchment.

“Through these planning processes we work with the local communities to develop appropriate water quality targets, and allocation limits that seek to optimise environmental, social, economic and cultural values.”

Mr Maxwell says where these targets are exceeded the Regional Council has a number of active programmes to address areas where ecosystem health or recreational values have been compromised.

These include the $30 million erosion control scheme and $1 million a year for environmental enhancement projects, including Whakaki, Tūtira, Ahuriri and other compromised water bodies. It is also actively mapping fish barriers around the region and improving fish passage in the highest priority areas.

This latest report also highlighted the challenges New Zealand faces regarding water use and the increased pressure expected as a consequence of Climate Change. Our Freshwater 2020 reported that climate change is expected to affect river flows throughout New Zealand by 2090 and the largest decreases in flow will occur in Hawke’s Bay.

“The information from the 3D Aquifer Mapping Project and a whole-of-region freshwater assessment is crucial as our region looks at water security options in a future facing the challenge of climate change, while the Regional Council has recently reaffirmed the priority and urgency for work into the Central Hawke’s Bay Water Security and the Heretaunga Flow Maintenance projects,” says Mr Skerman.

Meanwhile, Iain Maxwell says some areas of concern in this national report are not an issue in our region. For example, the Regional Council has been monitoring pesticides in groundwater since 2010 and has found no evidence of that occurring in Hawke’s Bay.

The Ministry for the Environment has advised that “If detailed regional-level information is required, we recommend a review of the relevant regional council’s environment reports …”. Mr Maxwell says three quarters of the latest five-year environmental state and trends reports for the region are completed and published on the Regional Council’s website (www.hbrc.govt.nz). A final synthesis report is expected at the end of May and this will provide an accurate picture of the state of natural resources in the Hawke’s Bay region.