Last call for comments on TANK Plan for Heretaunga-Ahuriri waterways 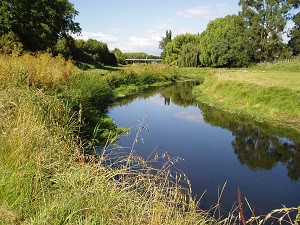 The Regional Council has received 16 submissions on the draft plan to protect and improve the Heretaunga Plains waterways – but expects a lot more.

With just two weeks to go in the fifteen week consultation period, Hawke’s Bay Regional Council is reminding Napier and Hastings people to have their say, and get feedback into the Council before submissions close on 14 August.

“We originally planned to consult on this waterway plan for Heretaunga over a nine week period, but due to people being caught up in COVID-19 and the drought, we extended it by another six weeks,” says the Regional Council’s Senior Policy Planner, Mary-Anne Baker.

“We expect a lot more submissions by the end of next week,” she adds.

The freshwater project known as the TANK Plan relates to the Tūtaekurī, Ahuriri, Ngaruroro and Karamū waterways, and the Heretaunga aquifer.

“Primary production industry groups have been really engaged in our online and face to face meetings and follow-up questions, so we are preparing for a wide level of input and engagement in the next steps,” adds Mrs Baker.

The Regional Council has worked closely with stakeholder groups, who have encouraged their members to be involved in the TANK Plan process and make submissions either in support or opposition.

The Council has fielded a number of queries about new water allocation limits, a new approach to collective catchment management and the management of stormwater – especially around Napier and Hastings.

Submissions can be made on the TANK Plan by visiting hbrc.govt.nz, search: #TANK.