Keep an eye out for Chilean needle grass 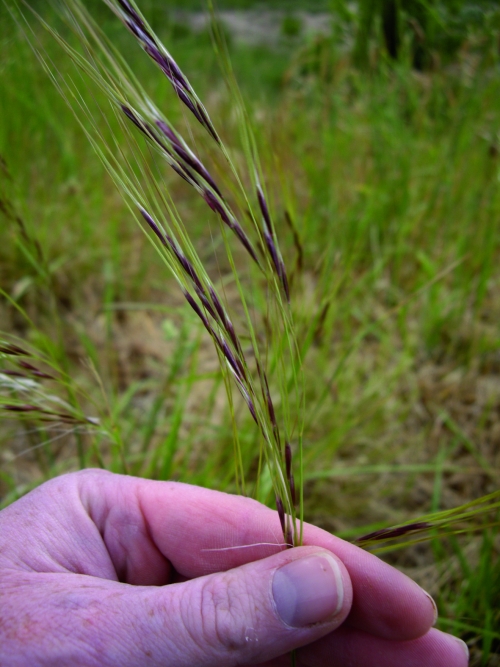 Hawke’s Bay Regional Council is urging landowners to keep an eye out for Chilean needle grass on their farms.

The Regional Council’s Biosecurity Team Leader, Alice McNatty, says its purple seed head is easy to spot this month, before it turns a straw colour in December.

“November and December is the best times of year to make sure this pest plant isn’t growing. Checking to see if there are any distinctive purple or straw-coloured seed heads is the easiest it will be all year, because the head is visible in spring and early summer making the plant easier to distinguish from other grasses,” she says.

Ms McNatty says if the plant is identified and controlled early, it can be contained much more easily before it sneaks its way into productive land.

“Chilean needle grass can be a real issue for landowners once it gets onto their land. It has a sharp seed head that causes problems for stock as it can pierce an animal’s eyes and skin. The seeds spread easily on contaminated machinery, vehicles, feed and stock, so we’re asking people to be vigilant and keep an eye out,” she says.

To prevent spread, landowners should only allow clean vehicles and machinery on to their property, and make sure any stock or feed brought onto the farm have not come from an infested property.

“If anyone has concerns that the plant has got onto their land, the Regional Council can follow up with a visit to their property and advise on a plan and control methods,” says Ms McNatty.

Head to hbrc.govt.nz #pesthub to find out more about Chilean needle grass or contact the pest plant team at the Regional Council on 06 835 9200.