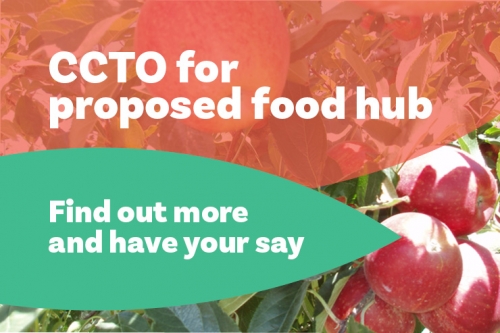 “Hawke’s Bay’s economy is powered by the agriculture and horticulture sectors. A food innovation hub in Hawke’s Bay will support and accelerate regional growth and build on the region’s competitive advantage,” says Mrs Ellerm.

“Hawke’s Bay Regional Investment Company Limited is looking to invest in FoodEast, and we’re asking the community if they support the establishment of two new Council Controlled Trading Organisations to operate FoodEast.”

“Consultation is on the formation of the CCTOs which will own and operate the investment, not on the investment opportunity itself. Establishing the CCTOs enables HBRIC to make a decision to invest in FoodEast,” adds Mrs Ellerm.

Submissions are open from 25 March to 12 April and can be made online or in writing to the Regional Council by completing the submission form on the back page of the proposal. Once you have submitted on the proposal, you will have an opportunity to be heard by Council on 28 April 2021.

Have your say on the consultation.

Note. The Regional Council is required under section 56 of the Local Government Act 2002 (LGA) to carry out consultation before establishing a CCTO.