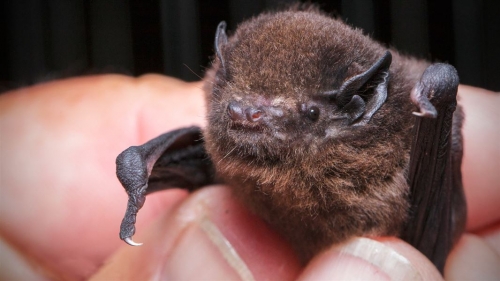 The Regional Council is working with The Conservation Company to survey areas around the region to find out where else pekapeka bats may be breeding.

Kay Griffiths, principal ecologist for The Conservation Company, says pekapeka could become extinct where management strategies are not put in place, and this work goes a long way to supporting their survival.

“We thought bat numbers nationally were stable, but predators like possums, feral cats and rats and a loss of the places they like to live - old trees and lowland forests – has seen their threat status increase to Nationally Critical, the highest ranking. This means without management there is a high likelihood of this native bat becoming extinct,” says Ms Griffiths.

The Regional Council has funded a survey across Hawke’s Bay to find out where, apart from known sites in Central Hawke’s Bay, long tailed bats may be breeding.

“We have found evidence of them foraging across much of our landscape on a nightly basis, travelling quickly at 50 kilometres an hour. They will travel a long way to forage – easily 20 kms from where they roost but sometimes up to 50kms a night.”

Regional Council Acting Manager, Catchment Services Mark Mitchell says locating where they roost around the region will help to identify the priority areas to protect.

“It’ll be great to see where potential core roosting areas may be, and once we have that info we can look at the most important areas to protect from predators and habitat loss.

“A fun fact about our local bats in New Zealand is that they have great eyesight, but also use echolocation to navigate and detect prey at a high frequency of around 40 kiloherz for long tailed bats and 26khz for short tailed.”

This survey builds on a recent project in Central Hawke’s Bay which was carried out by The Conservation Company. This research has shown that bats like to roost in old native trees such as Titoki, Rewarewa and Matai as well as large exotic trees that have holes in them, like Macrocarpa and Oak.

“The good thing about bats using old exotic trees is that it opens up a whole lot of our landscape as potential bat roosts, but it’s also a bit scary because lots of the older exotic trees around the district are coming to the end of their lives and landowners may want to remove them,” says Ms Griffiths.

“Roosts are usually holes in trees but can also be in sheds or under big bits of bark. In some cases in Central HB, people have found them in their garage or woodshed or even in a big sun umbrella or under old covers hanging up in a woolshed. I guess with much of their natural habitat gone they are happy to find whatever they can!

“We’re asking landowners that need to take down any big old trees to do so out of the bat breeding season, during the summer months – to avoid harming communal bat roosts.”

Over the last couple of years The Conservation Company has led research into long tailed bat populations in the Tikokino and Ashley Clinton / Makaretu areas funded through DOC Community Fund and supported by HBRC, DOC, WWF Community Fund and a heap of volunteers and landowners.

In the Tikokino area at least two colonies use Puahanui Bush (behind Gwavas Garden) as their core roosting area. Both colonies appear to be in good numbers (40-50 breeding females), although the info is only from one year of catching and following them (so it is unknown if the population is stable, increasing or declining as that can only be determined over time, like 5 years).