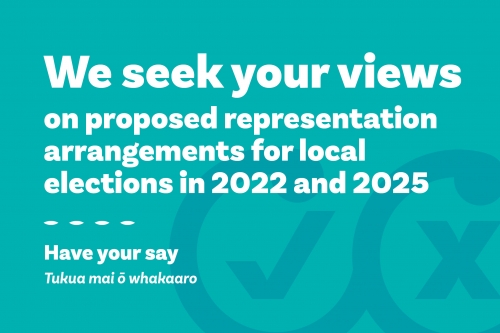 Hawke’s Bay Regional Council is seeking submissions on its proposed representation arrangements ahead of the 2022 elections.

“The review is taking place now as a result of the Council’s decision made in May to establish Māori constituencies for the 2022 and 2025 local elections,” says Leeanne Hooper, the Regional Council’s Electoral Officer.

“The Council has reviewed its arrangements and is proposing to change the current configuration of nine councillors and five constituencies, by adding a further two Māori constituencies. We want to hear from the public now, on whether these and other changes reflect the right approach to the future of decision-making at the Regional Council table.”

The Regional Council’s Representation Review consultation is based on a proposal to:

A representation review must be done by every council at least every six years. It is an opportunity for councillors to check-in with their communities, to then propose changes to the the Local Government Commission for a final decision on constituencies or numbers of councillors to ensure they are able to serve their communities well.

More information on this public consultation is at hbrc.govt.nz, search #representation.