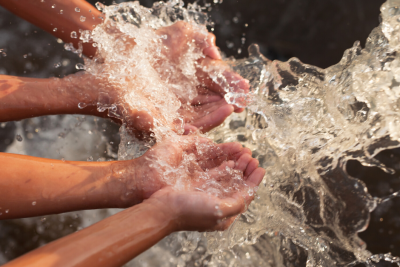 Hawke’s Bay’s Councils favour a local alternative to the Government’s proposal to transfer Hawke’s Bay’s three waters services to a multi-regional entity responsible for the whole of the East Coast of the North Island, the top of the South Island and the Chatham Islands.

Instead, Mayors have written to the Minister of Local Government, Hon Nanaia Mahuta, saying responsibility for drinking, waste and storm water services should stay in Hawke’s Bay.

The key concerns of Hawke’s Bay Councils and communities are:
1) Whether communities would have sufficient influence over decision-making and investment prioritisation.
2) Whether local communities and tangata whenua would have sufficient voice in representation and governance.
3) Loss of local asset ownership and uncertainties around the funding and transfer of assets and responsibilities.
4) The assumptions and the financial modelling used in the Government’s case for change and on which the proposal is based.
5) The lack of meaningful engagement about the reforms with local communities and tangata whenua.
6) Ensuring communities can have their say before decisions are made.

In early August, Government gave Councils eight weeks to provide feedback on the impact of its reform proposal, and to put forward any questions that remain unanswered. Councils wrote to the Minister to highlight concerns with the proposal and asking for further information.

Since then, Hawke’s Bay’s five councils have completed further analysis and sought feedback from their communities on whether Government’s model would meet the needs and priorities of Hawke’s Bay’s communities at a local level. Councils have made individual submissions and have jointly written to the Minister setting out a regional position.

However, after closely assessing Government’s proposal, comparing it against the detailed regional review we did together last year and feedback from our communities, our preference remains for Hawke’s Bay to retain control over our drinking, waste and storm water services.” says Alex Walker.

Sandra Hazlehurst, Mayor of Hastings says: “Last year, with Government financial support we released the report of our own independent review of three waters service delivery for Hawke’s Bay. In the context of Government’s water reforms, we worked together to assess the options for a regional solution that would achieve affordability and sustainability for all of Hawke’s Bay’s communities.

“To help us compare the proposal Government has put on the table against our own detailed review, in August we commissioned an update of the independent financial analysis done for us last year. We then reviewed Government’s water service delivery proposal against the analysis and wider perspectives that went into our review.

“Future costs for three waters services will go up, those costs won’t be spread equally across our region, there are financial and strategic benefits from aggregation, and a different service delivery model would give Māori a more meaningful role.

“But our assessment also shows that Government’s modelling has used a different approach and different assumptions to our own Hawke’s Bay review. At an individual council level, the investment numbers produced by Government don’t reflect the reality of each council’s assets and service delivery arrangements.” says Mayor Hazlehurst.

“Our own council has invested significantly in our three waters services over the past four years, so our communities have a right to expect that investment to be taken into account in any changes to service delivery.

“Our council believes the governance and management of our three waters would be best delivered through a Hawke’s Bay model in the future and we hope Government will consider our regional proposal.”

Kirsten Wise, Mayor of Napier says Hawke’s Bay review identified six investment objectives for any regional three waters service delivery solution. These were further supported by seven principles that were developed in collaboration with councils’ Māori Standing Committees.
“After detailed assessment, we remain concerned that a number of our regional objectives and principles would not be met through the model proposed.

“Most troubling is the governance structure Government is proposing, which would see our local voice being lost and decision-making being too distant from our communities.

“Quality water is a priority for our community, with significant investment over the next ten years being endorsed by residents in our recent Long Term Plan process. Our bottom line for any new arrangement is that Napier must have direct representation and a local voice in decision-making.” says Kirsten Wise.

Craig Little, Mayor of Wairoa says over the past eight weeks Hawke’s Bay’s councils have shared all available information on Government’s proposed service delivery model with their rural and urban communities and asked for feedback.

“Across Hawke’s Bay, our communities have told us they have a number of common concerns with what Government is proposing. Their concerns centre around how their communities could hope to have a voice in decision-making or have any influence over how a multi-region entity would be managed, resourced, and governed.

“Our communities are also very worried about the transfer of our community assets. Government is rushing the process, without a proper chance to understand what the reforms would mean or for communities and tangata whenua to have their say.

“As the democratically elected representatives of our communities, that is why we are not able to support Government’s proposal and we are advocating for a Hawke’s Bay solution instead.”

“Councils can meet our regional investment objectives and principles, including better alignment with regional planning and freshwater management, and we can meet the new water standards that are coming.

“Most of all, a regional solution means we can continue to meet the expectations of our communities here in Hawke’s Bay. After all, that is what we, as our communities’ elected representatives, are here to do.” concluded Mr Barker.

It is anticipated Government will make decisions about how it intends to proceed with its reform programme once submissions have been assessed.